Over the recent holidays we were up North again, visiting Ioannina among other places in Epirus and Western Greece. In the Iç Kale – the inner fortress of the town – we were lucky to happen on a temporary exhibition where I spotted a lovely painted door panel.

The door panel – half of two panels that make up a double door – came from an old arkondiko (mansion) – probably dating to the late 18th or early 19th century.

I also spotted a later 19th-century door in the outer Kale, but don’t know if grafitti can be classed as “painted”. However – if you really stretch the point – it is a sort of unintentional decoration. The original white paint must have seemed like a pristine sheet of paper that just screamed out for doodles and scribbles. 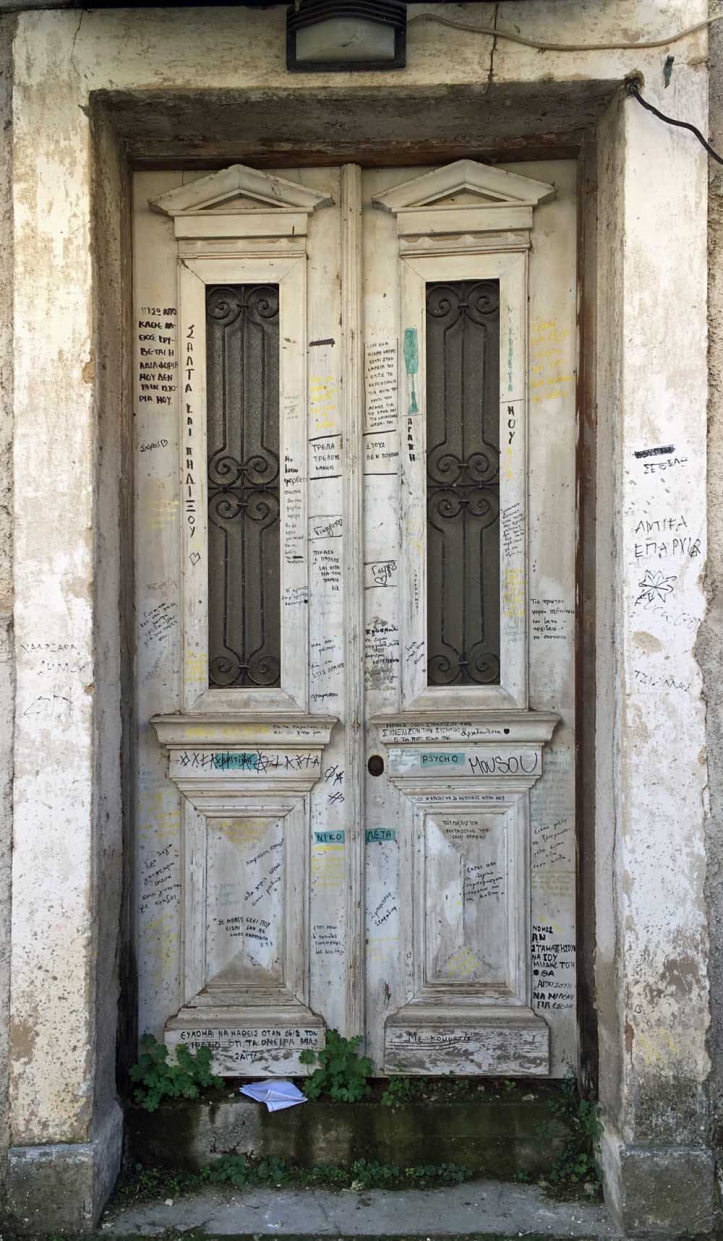 Last September we came upon two modern painted doors in the Ioannina shopping district just outside the fortress walls. They are more trompe-l’oeil with realistic potted plants decorating the doors. 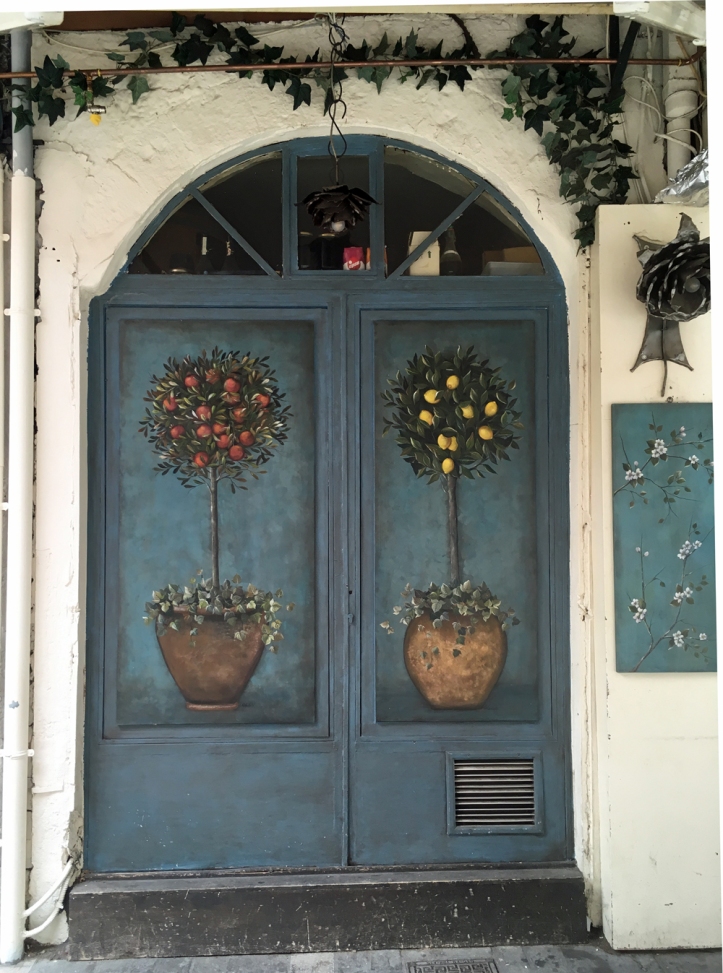 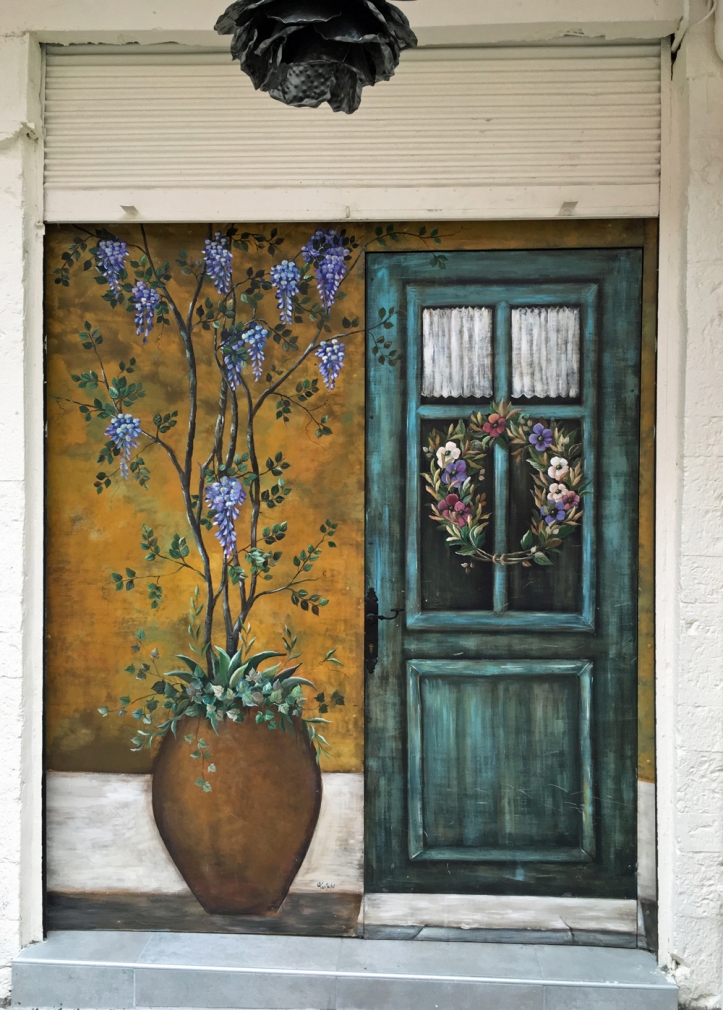 Also during that vacation, we spent some time further west in the Greek provenance of Macedonia. Here a restored arkondiko of the 18th century is located in the town of Siasthista just south of Kastoria. It has many more spectacular painted doors. In fact, most of the interior of the building is painted – walls, window surrounds, doors, pillars, ceilings…filling much of the available space. They are all in vibrant colours – faithfully restored as it was when it was newly painted. 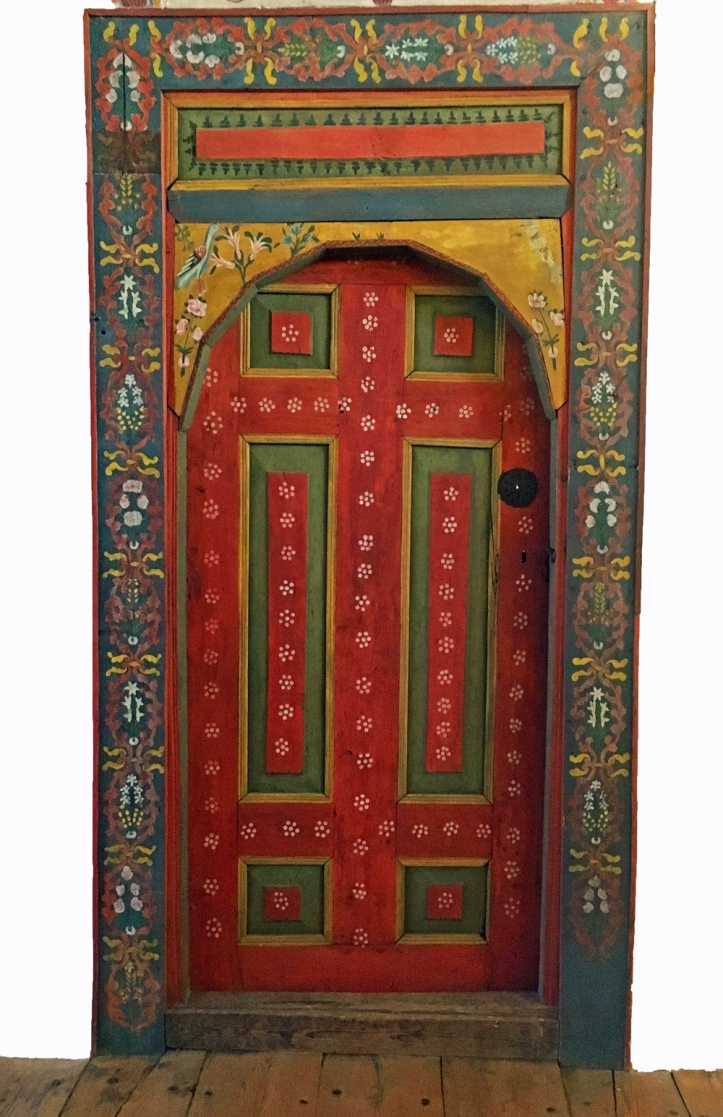 One of the corners in the upper hall had three painted doors close together – all decorated in slightly different ways. 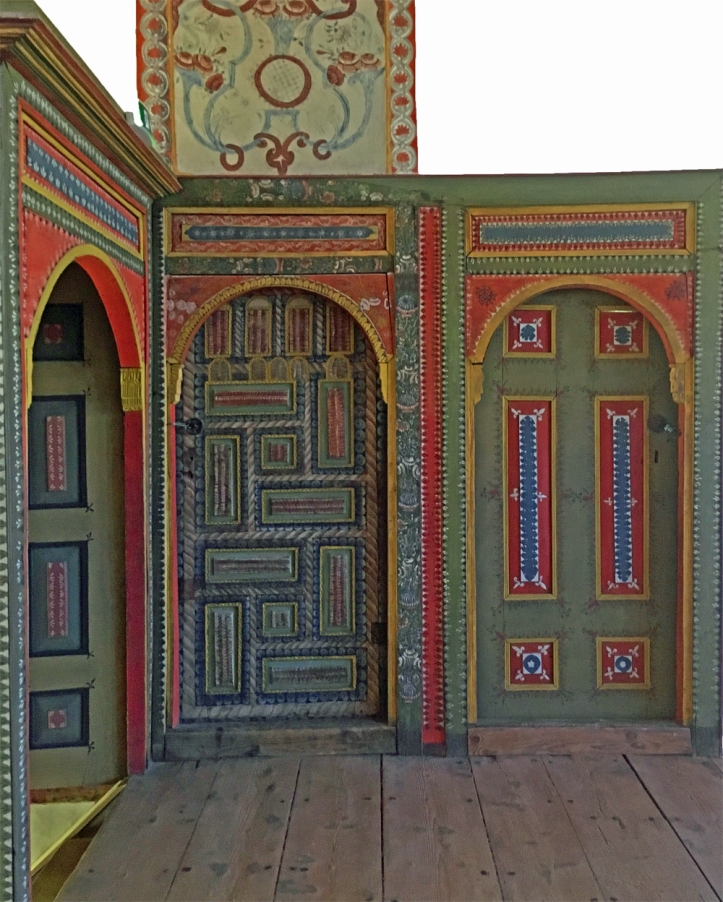 My favourite was the door to the library. It reminded me of a crazy quilt pattern. 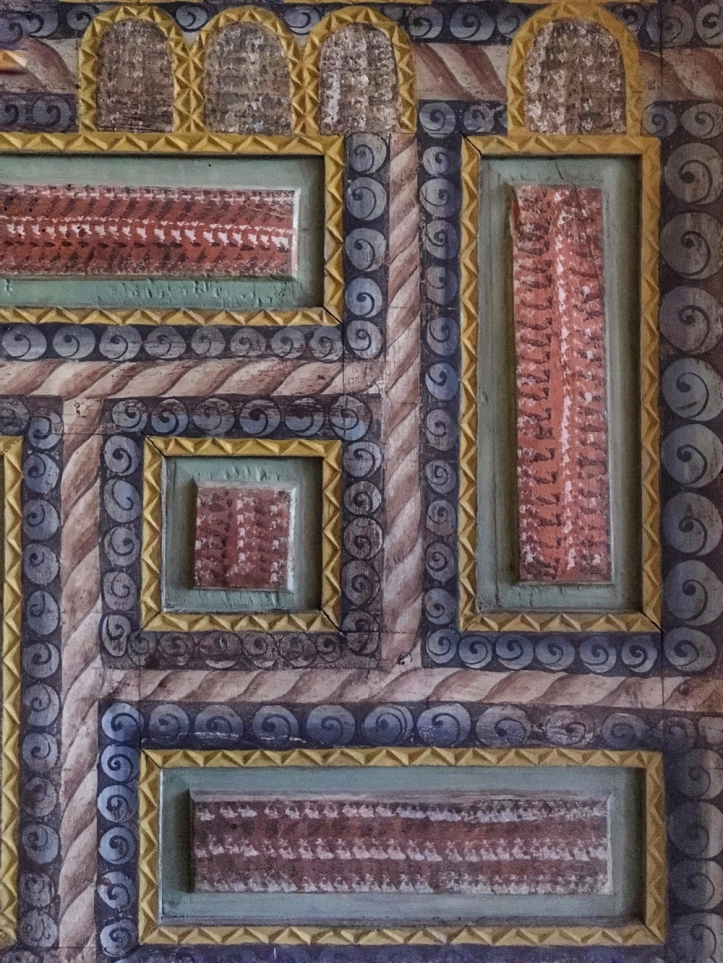 Horror vacui (Latin), or better yet kenophobia (Greek), in action. Maybe Aristotle was on to something when he said that nature abhors an empty space.

Have a look at Norm’s blog, Thursday Doors for more stories of fascinating buildings and their doors.

This site uses Akismet to reduce spam. Learn how your comment data is processed.