Pomegranates for the New Year

On the last day of December, a slight diversion off the highway on our way back to Athens from a visit to Zagori (Epirus) took us to the site of Stratos in Aetolia-Acarnania, Western Greece. The impressive ancient remains attracted travellers in previous centuries who wrote about it in their travels accounts and often produced drawings and watercolours of the monuments. Today, however, the site is off the beaten track and not a frequent spot many tourists visit. I can attest that this is true, particularly on a cold and windy day in winter.

The archaeological site of Stratos, the Classical and Hellenistic fortified capital city in the region, is now located just outside the tiny modern village that bears the same name. It stands at the North end of the fertile Achelous River plain and commands strategic routes to the West. Many building remains can be found within the extant stretches of the fortified walls. These include an agora (market place) and stoa, houses and an impressive theatre.

But the site is best known for the temple dedicated to Zeus Stratios, a cult which is thought to have connections with mystery religions of the East, Mithraism in particular. 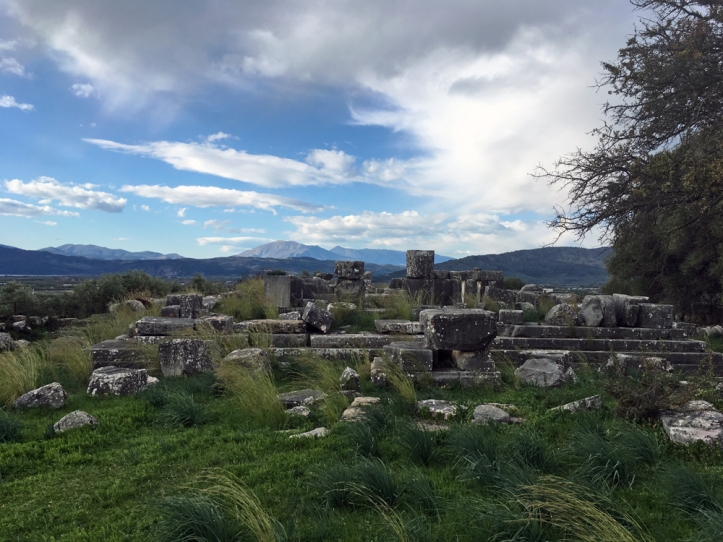 Here we spotted a pomegranate “sacrifice” on the altar in front of the temple. I have no idea if this was intentional, but there were no pomegranate trees nearby…

It brought to mind the Greek custom we follow of smashing our own pomegranate on the doorstep for good luck and prosperity in the New Year. 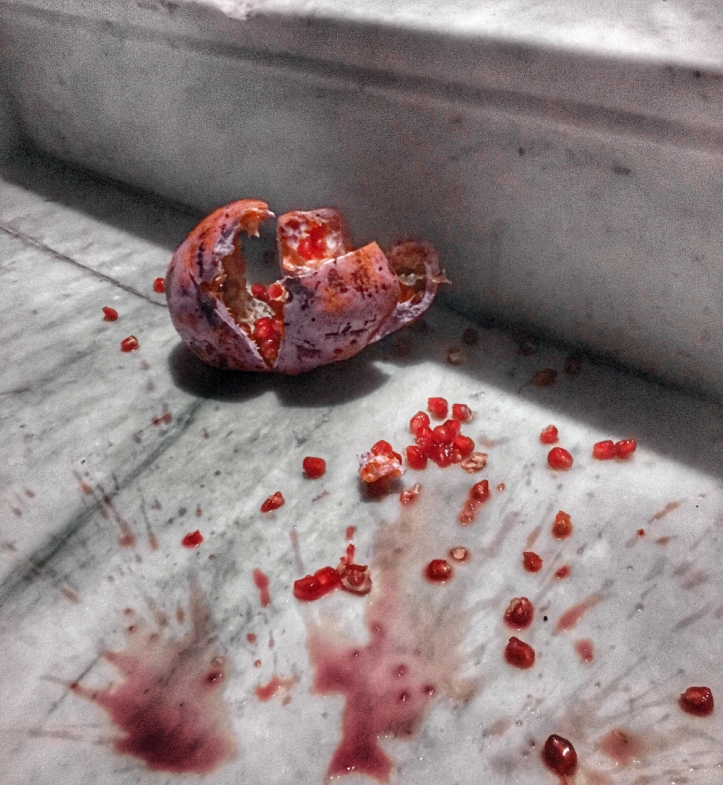 One I do not smash is a new New Year ceramic pomegranate for my ever expanding collection.

Wishing everyone health and prosperity in the New Year.