This is a follow-up on a post highlighting the doors of the Monastery of Arkadi on the island of Crete. As we saw in Doors of Arkadi I, the monastery holds a certain place in Greek history for its role in the massacre of about 900 Greeks during the Cretan revolt against Ottoman rule in 1866. This post, however, highlights the templon doors found in churches in the area of the Monastery that are now preserved in the Arkadi Monastery’s Museum. A templon is a feature of Byzantine architecture that serves as a door or screen to separate the nave (or public space) from the altar where the sacraments are prepared (sacred space). The word templon is thought to be derived from the Greek word for temple, but some architectural historians believe the design to be derived from the ancient Greek proscenium or theatre screen. Sometime between the 11th and the 14th century they began to be highly decorative, often incorporating icons. They are often made of wood, sometimes with elaborate carved elements and highly decorated in bright paints and gold leaf.

The ones in the Arkadi Monastery Museum date from the 15th through the 18th century. I’d like to show three of these, the first from the late 15th century. It a double door with paintings of the Annunciation (top part) and the Apostles Peter and Paul (lower part).

The second is a single panel from the 18th century, dated to 1767 of the Archangel Michael. This one is interesting and a little gruesome with a sword whelding militant Michael standing on an almost skeletal naked foe while holding a tiny swaddled Virgin Mary in his upright hand. 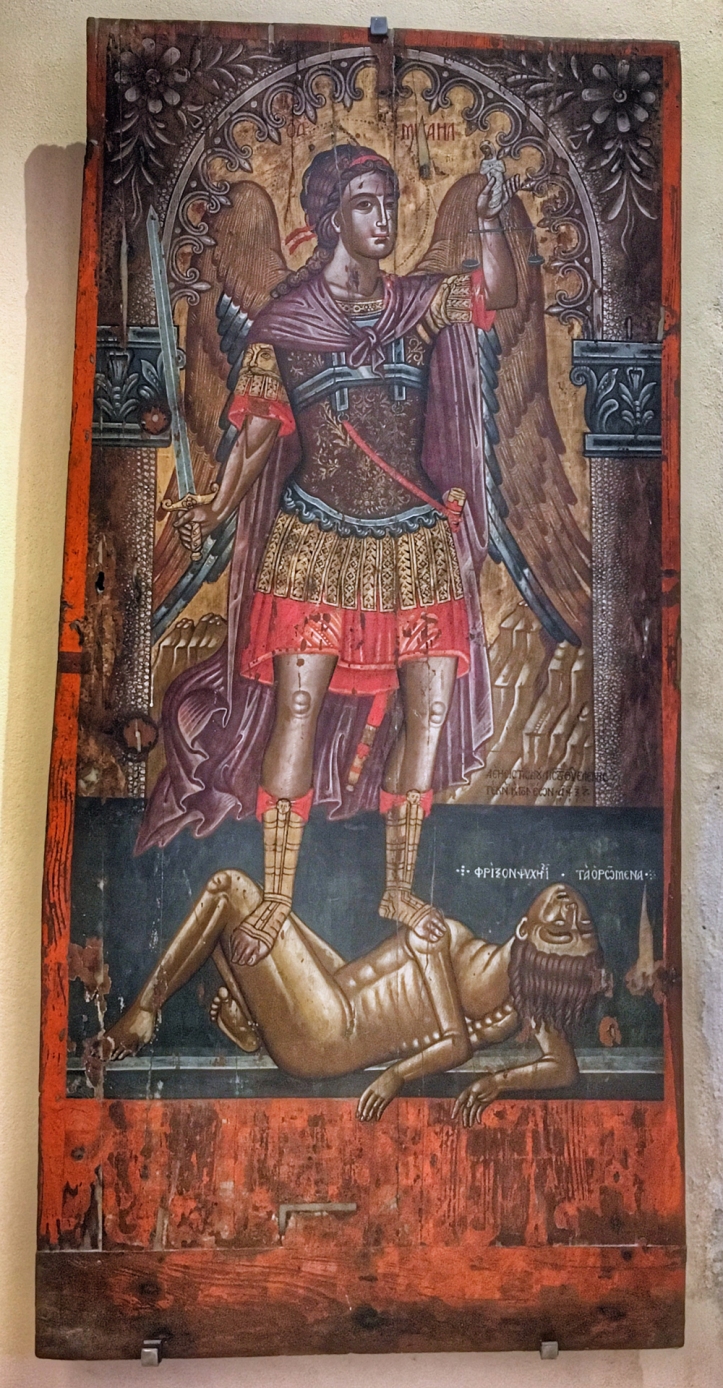 The last is another single panel of a templon from the mid-18th century. It shows an austere Saint John Chrysostom.

The current templon of one of the naves of the Arkadi Monastery church you can see below in situ. It is much more modern, a tripartite design, fashioned when the church underwent reconstruction in the 20th century. 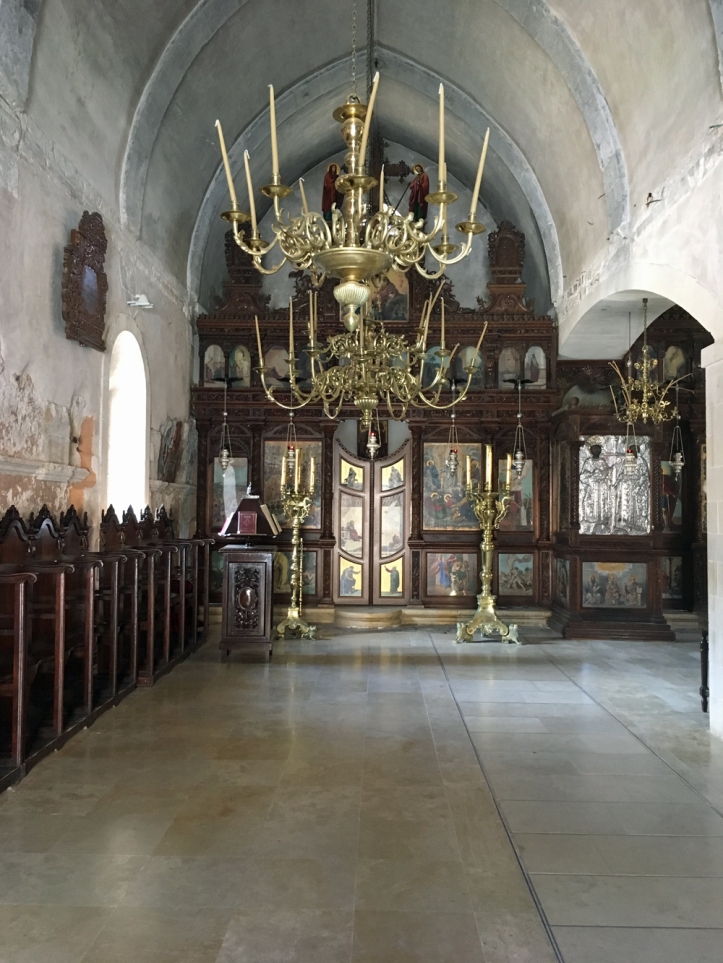 Check out Norm’s Thursday Doors for more 2018 recaps of fascinating buildings and their doors.