Doors of Arkadi I

This is one from my archive. Last summer one one of our forays to Crete we visited the Arkadi Monastery. The Monastery lies in the west of the island, southeast of the coastal town of Rethymnon. It reached its heyday in the 16th century when the current catholicon (cathedral or main church) was built. At one time, the monastery was noted as a place for arts and scientific knowledge with a school and a rich library. 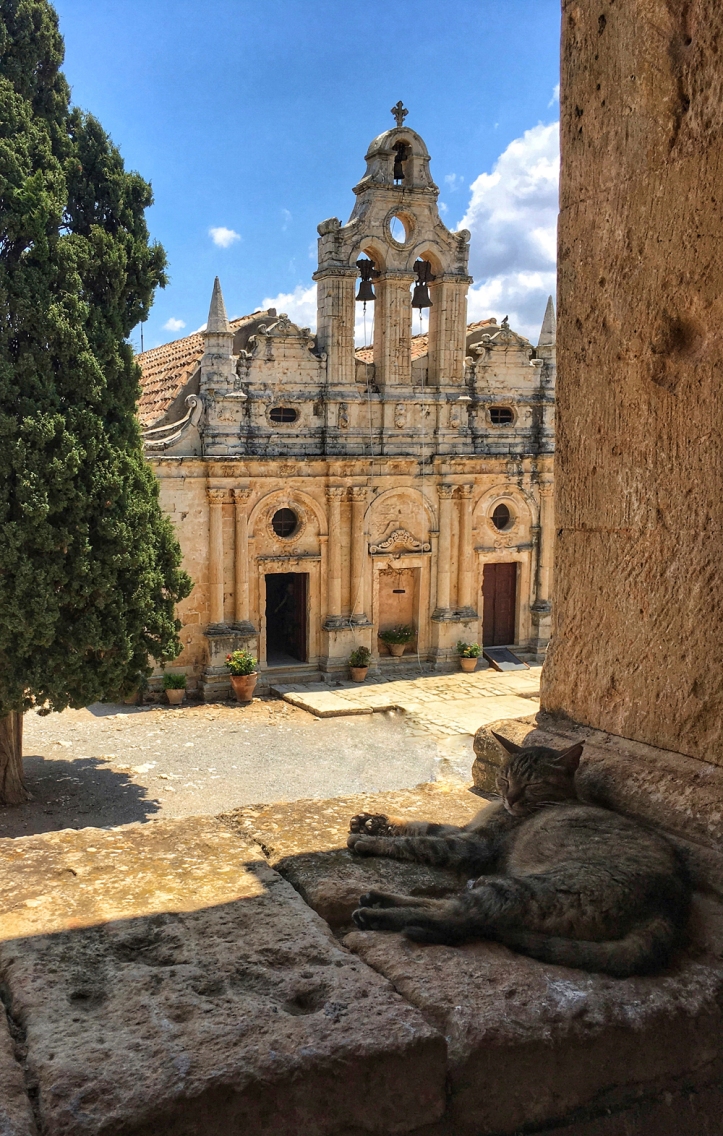 It is a fortified Monastary. The triple aisled catholicon sits in the middle of the central courtyard. It’s baroque façade with double doors is balanced by a fake door between.

Hanging above this is a rudimentary and rusty iron bell.

Around the central church are monk’s cells and other offices of the monastery, built along the fortification wall. 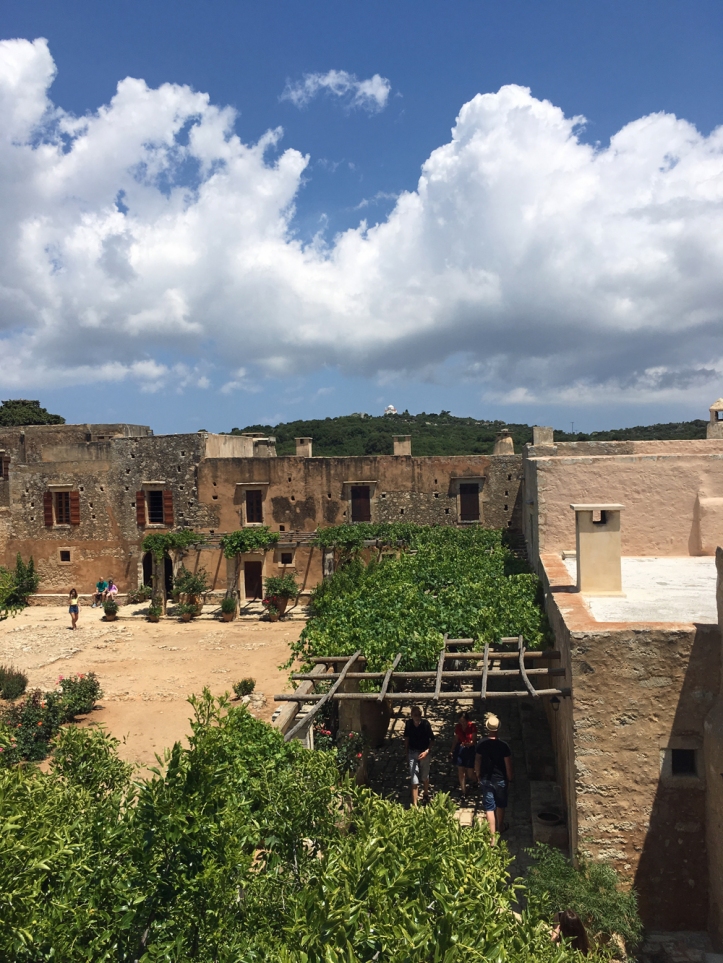 The monks’ cells are plain with simple doors, often ornamented with a cross. 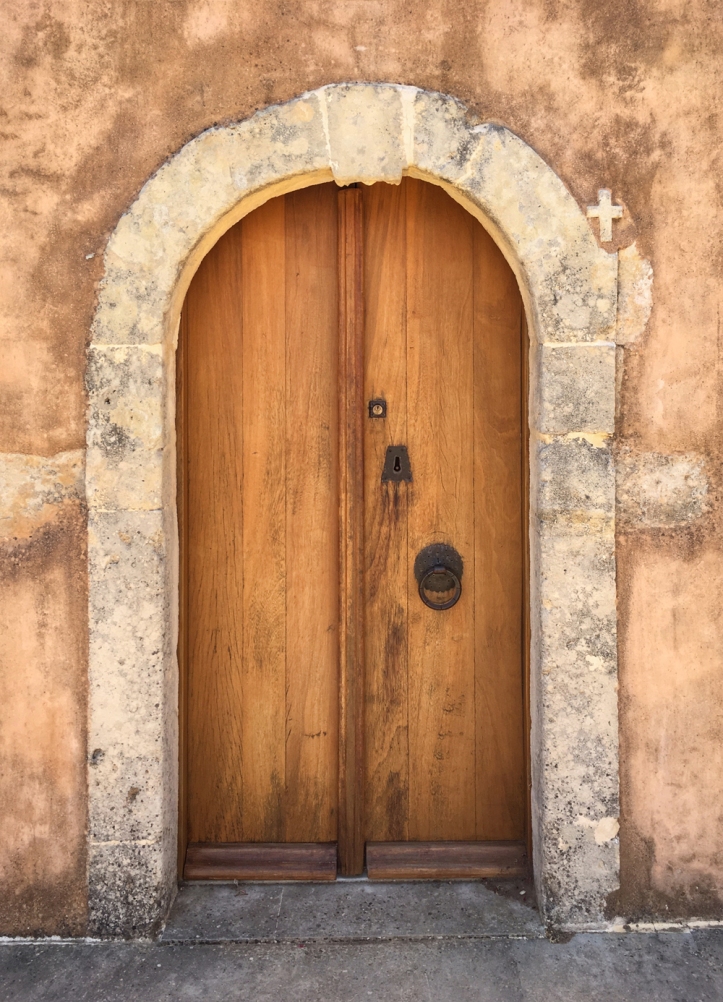 The monastery, despite its Baroque splendour, is significant for its role in the Cretan revolt of 1866 against Ottoman rule. During the conflict, 900+ Greeks, over half of them women and children, sought refuge here. However, on November 1866, the Ottoman’s laid siege to the monastery, ultimately breaching the walls. The majority of of people taking refuge were killed – most of the women and children in the gunpowder store where they had been hiding. In the middle of the courtyard stands a dead tree preserved from that time.

It still has shrapnel embedded, helpfully pointed out with an arrow.

The tree stands at the entrance to the Refectory courtyard. 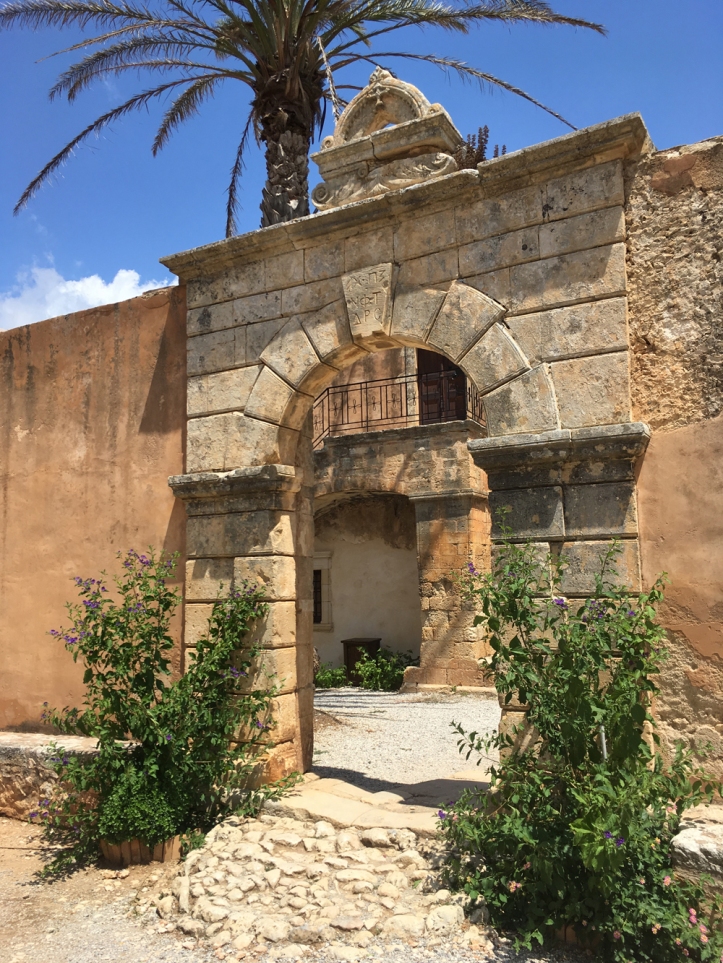 The Refectory, originally constructed in 1687 was the place where fighters made their last stand against the Ottoman forces.

Inside, the old door is still preserved, complete with bits of metal and burning, a testament to the violence. 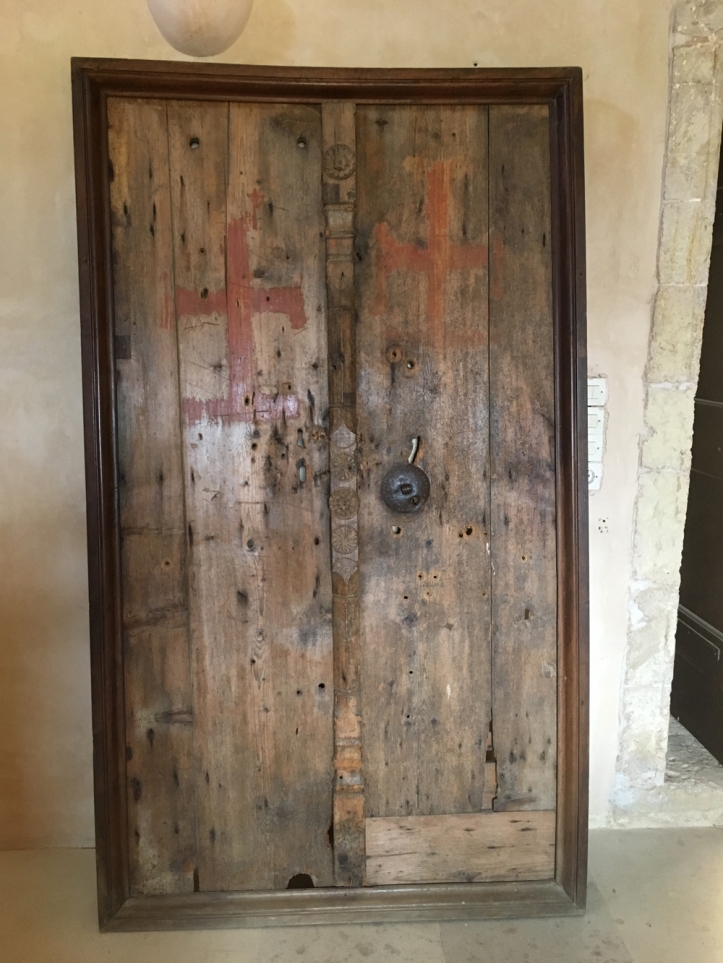 The details of the door close-up:

As you exit the adjacent room with its new doors there is a view of the double apses of the catholicon.

Today it is a peaceful place, but still a reminder of events in more recent history of the island.

Check out Norm’s Thursday Doors for more 2018 recaps of fascinating buildings and their doors.