Copies, replicas, fakes & forgeries formed the topic of a temporary exhibition I recently saw in the archaeological museum of Thessaloniki. Copies spanned from antiquity to modern times. It started with the Bronze Age mass produced mould made objects, to classical (rather degraded) copies of classic Attic red and black figure pottery in provincial areas, Celtic replicas of Greek coins which garbled the words on the coins, Roman replication of standard statue bodies where individual portrait heads were attached, later pagan Roman busts re-carved into early Christian saints, 19th century plaster casts (for the creation of Cast Galleries) and replication of antiquities for the commercial market (often veering off into the murky world of forgeries), to the 20th and 21st century tourist kitsch, including Playmobile mythological figures. All the displays were interesting, but one really caught my eye. It was created specifically for the exhibition. 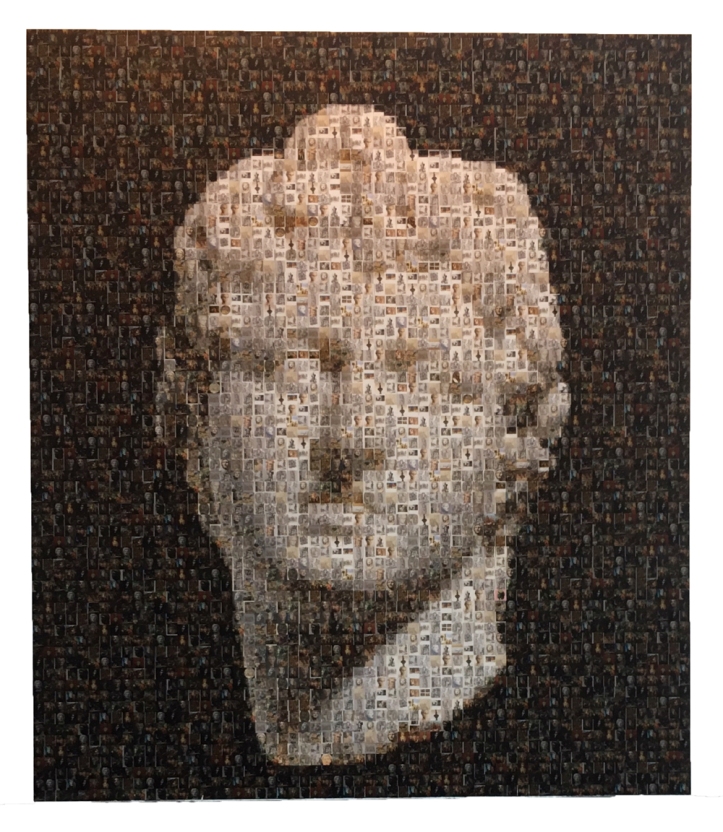 The portrait is a mosaic made up of many different images of Alexander the Great, Thessaloniki’s home town boy. The technique is not unique. Another image I remember seeing done this way is the forceful (and a little grizzly) 1995 painting Myra by Marcus Harvey. Myra was created using the iconic police photograph of Myra Hindley, one of the convicted Moors Murderers, made up of thousands of repeated black, white and grey images of children’s handprints representing her victims. Alexander, however, when you zoom in a little is different. For centuries, his image has been reproduced in art, repeated in sculpture, mosaics, paintings, book illustrations… 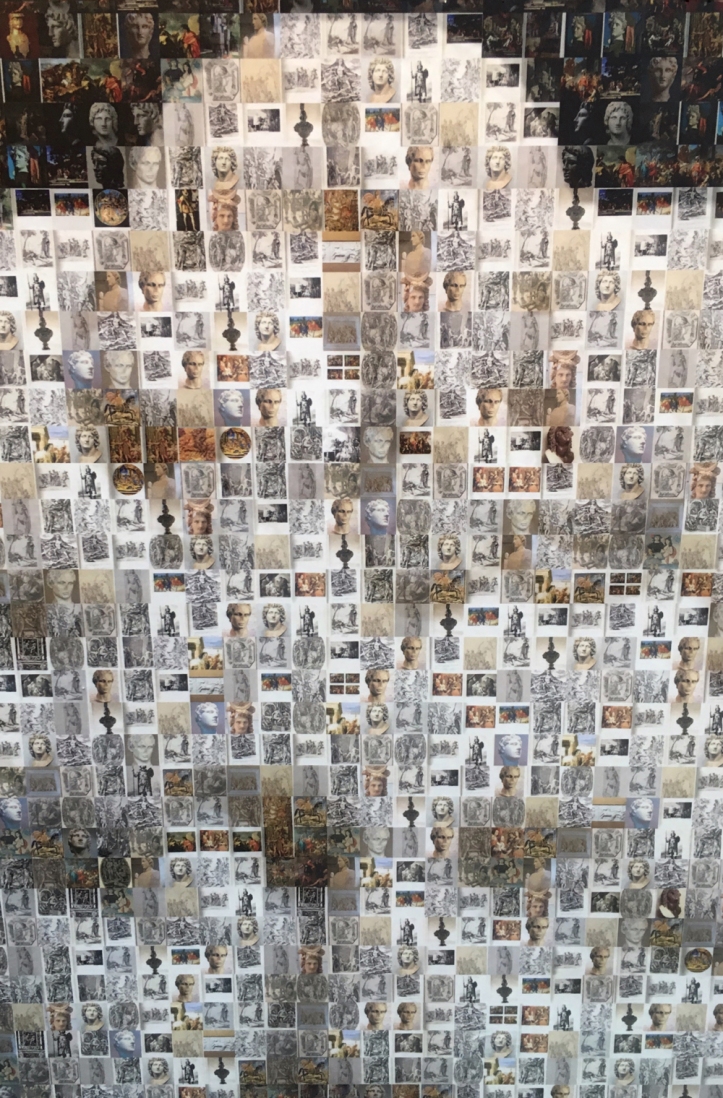 And even closer, you can see the individual pictures, although you loose sight of the whole. 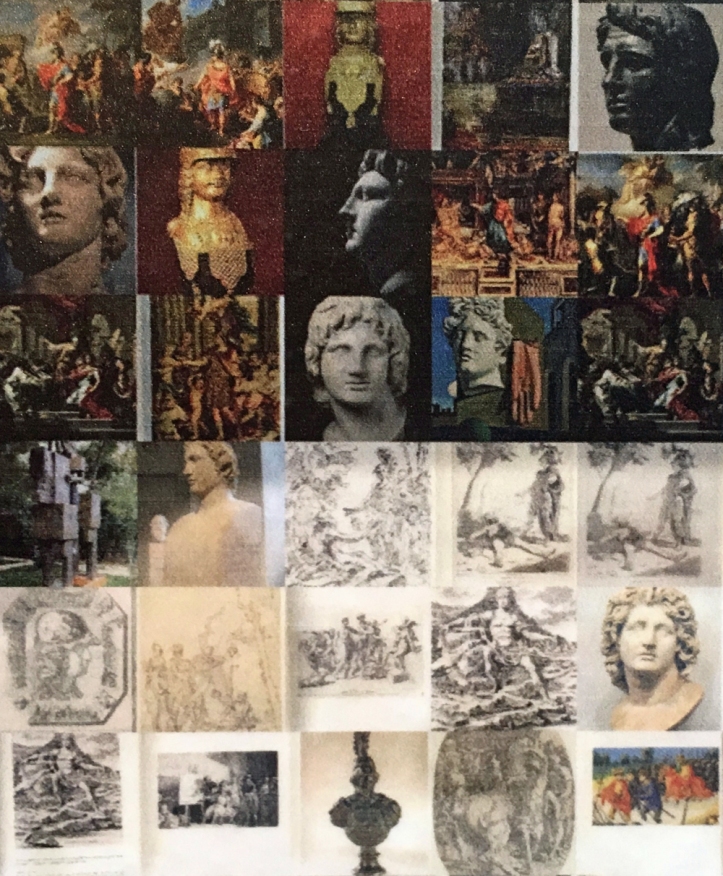 It occurred to me that this technique was like the production of digital images. Digital images are made up of repeated bits of information in squares known as pixels. For example, if we zoom in on the digital image of Alexander, this is what we get the beginning of pixelation, appearing a bit fuzzy.

And zooming in again on the section outlined in the blue box above, yet more pixilation and fuzzier still. 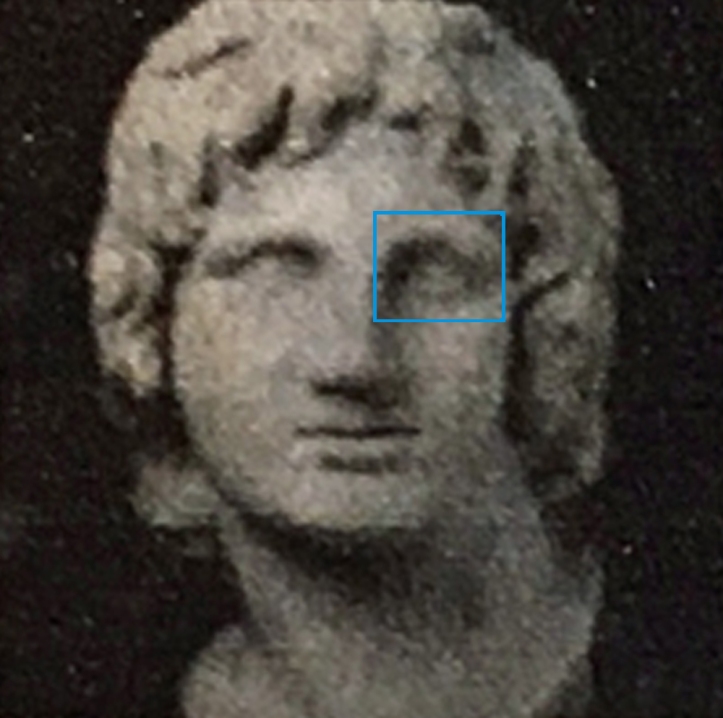 Many digital images automatically blur the pixel edges to get a smoother image, but when this blurring is removed and we zoom in again on the blue box around his eye, the pixels just begin to show, individual squares that make up the mosaic. 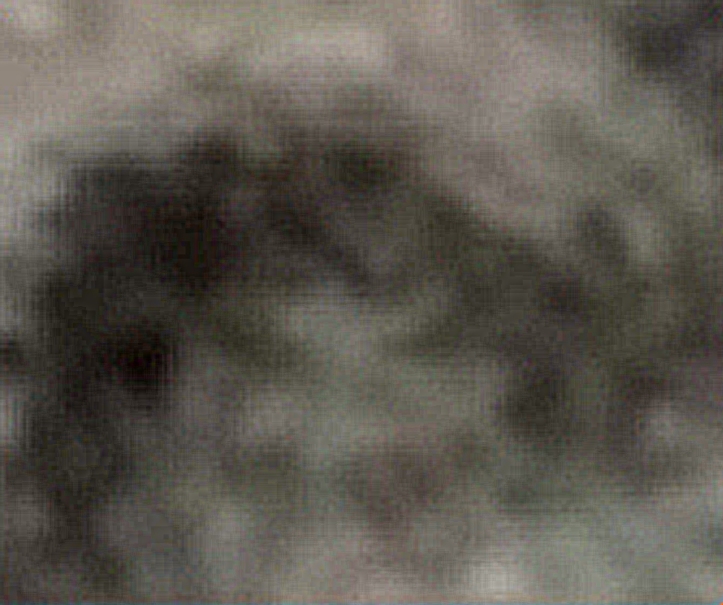 Those pixels, like the individual images in the mosaic of Alexander, appear as repeated – copied – images close up in a seemingly random order. They make sense only when you see the whole.