There is a genuine appeal to photographing doors. It is a slightly quirky pastime, but somehow, I find myself drawn to looking for (and photographing) unusual doors – doors that tell stories – wherever we travel. Once I googled meaning of doors and it came up with a number of sites that dealt with the psycology of doors – as symbolic structures that we encounter as we move through life. As we enter new phases, go forward to see or learn new things, the doorway is the marker or entrance into those new spaces. Doors also represent significant concepts: beginnings (opening possibilities), transitions (from one phase of life to another), gateways (an open sort of doorway that you can see through – back and forth), thresholds (as boundaries to be crossed, or not), and endings (closed doors to the past with the element of hope for new beginnings).

Doors are also interesting to anyone who is a student of architecture or history. They can be aesthetically pleasing things to photograph, particularly if they have colour and texture. The old (even antique or ancient), rotting and peeling ones that appeal to me also have special meaning. This is something I discussed in a previous post a few years ago on the Pleasure of Ruins in relation to decaying doors in Garfagnana, Italy. It seems that the impetus behind photographing doors can be quite complex. But, regardless of whether we consciously think about our motivations, it is just plain fun.

Thursday Doors is a wonderful collection of fellow door enthusiasts who post regularly on Thursdays, linking through Norm Frampton’s blog. During this past year, I have participated sporadically in Norm’s Thursday Doors, showing off and telling stories of the doors from places we have visited. In this last Thursday Doors for 2018, Norm has asked us to recap our year’s posts, a challenge I couldn’t pass up.

Two of my Thursday Doors posts came from two short visits to Crete. First are doors at the ethnographic museum in the small town of Vori in south central Crete followed by the doors of Chania old town in the west of the island.

1. Cretan Ethnographic Doors 18 July 2018
Most of the actual doors in Vori date to the 19th or 20th century with older stone surrounds, like the one below that has a possible 18th century date carved into it. The typical door pull on the blue door is based on an old Byzantine design; other examples of door furniture are displayed and described in the ethnographic museum. 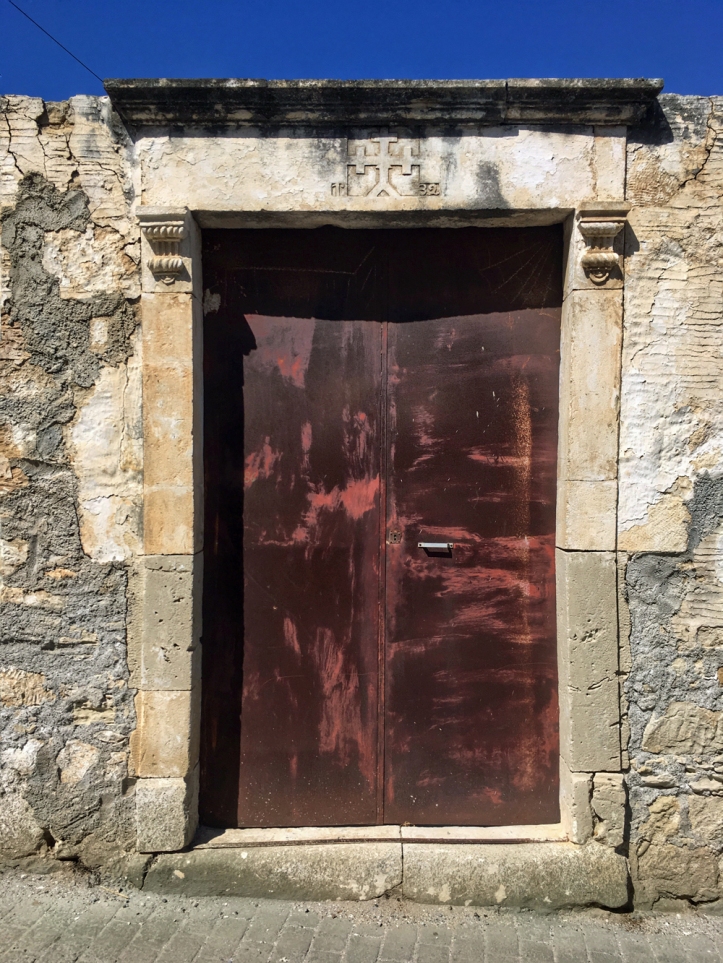 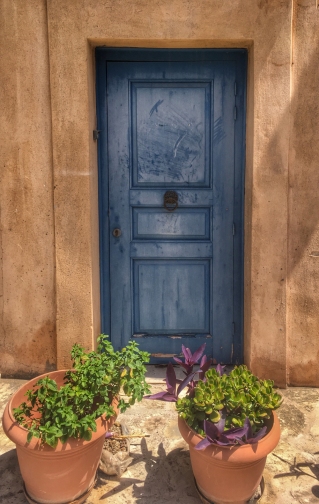 2. Doors of Chania Old Town 13 September 2018
Located within the old Venetian walls, the old town of Chania has many doors that date to the 19th century. A typical brass door knocker is a lady’s hand. This is a common Eastern form found in many Southern European countries that were once part of Ottoman or Arabic conquered territories. Also, an unusual 15th century restored Synagogue sported a new door to its entrance with Hebrew carved in the stone lintel above with one of the panels from the old doors mounted on the wall in the courtyard as a memorial. 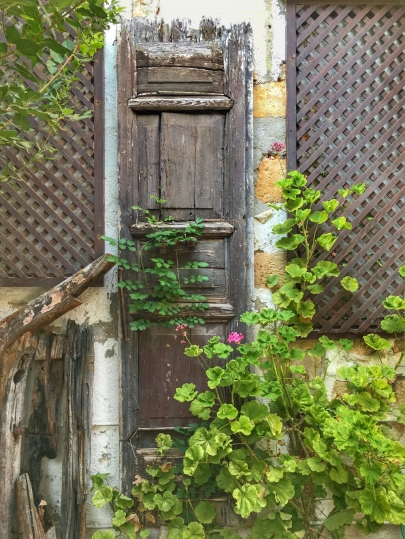 Then, two more posts resulted from our annual holiday in northern in Greece. The mountainous national park of Zagori holds many architectural treasures as well as vistas of natural beauty.

3. To the Bridge of Misios 20 September 2018
A long and sweaty hike down to the gorge to the arched stone bridge of Misios resulted in a number of photographs of doors in the lower village of Vitsa. Rugged exterior doors on some of the old houses are typical in mountainous areas of Epirus where winters are very snowy and cold. In a previous age, animals would also be sheltered on the ground floor rooms, so sturdy doors were necessary.

4. Zagori Church Doors 27 September 2018
The most striking thing about the 17th and 18th century Zagori churches is their doors. The stone surrounds have a distinct shape with carved religious symbols. Churches tend to be plain, shed-like, rectangular and squat with an apse at one end and a simple bell tower adjacent. 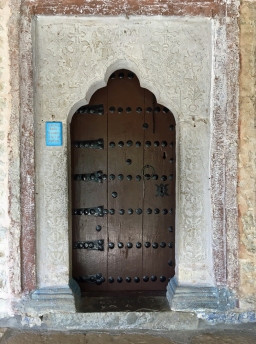 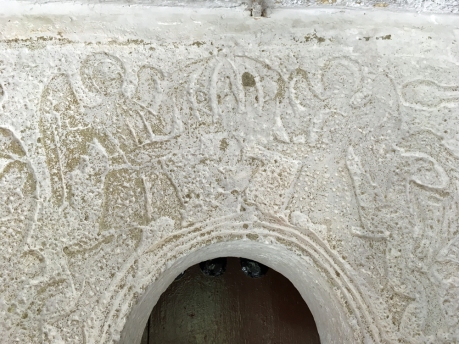 Finally, moving to Sicily, the Baroque architecture of Acireale is a great pull to anyone interested in architecture – or is attracted to flamboyant drama.

5. Palazzo Baroque 25 October 2018
I was particularly drawn to the various door pulls and grotesque architectural elements carved in the door surrounds of the town’s many palazzos. They were all OTT (over the top) in their decoration and wonderful to photograph. 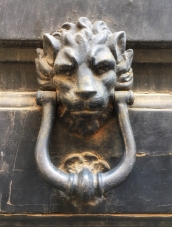 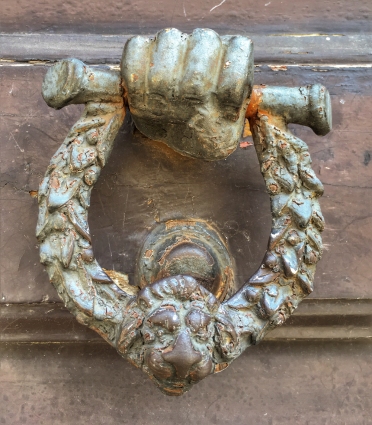 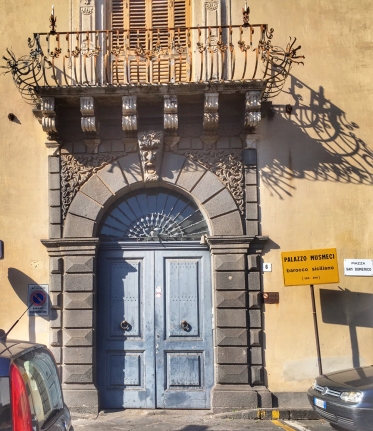 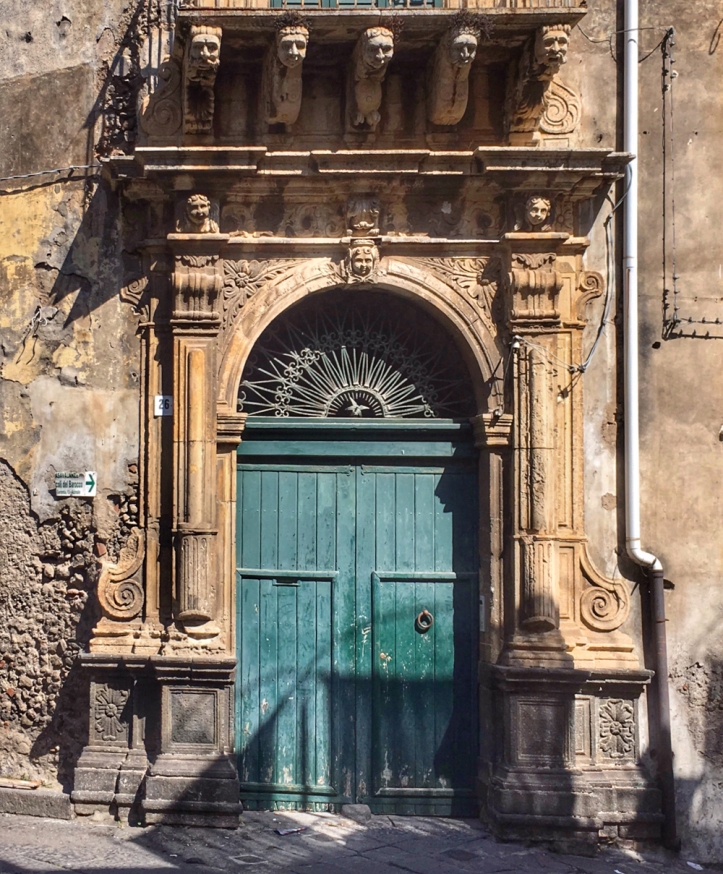 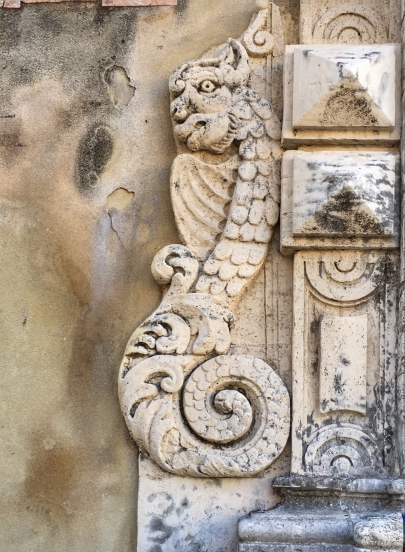 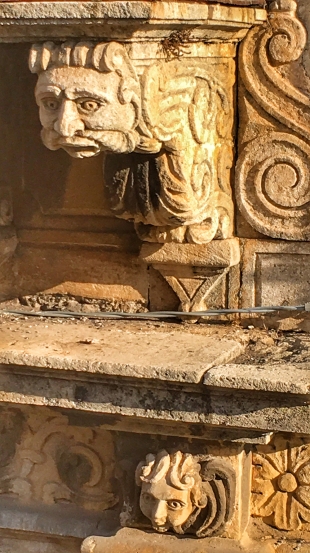 Wishing you all a Happy Christmas and success for interesting door spotting in 2019. Check out Norm’s Thursday Doors for more 2018 recaps of fascinating buildings and their doors.