Continuing the theme from June’s More Travelling than In My Kitchen post, we’ve been vagabonds again this past month. First, back to the UK, some of it spent in our house in the north. Other than craving curry takeaways, I managed to eat as many berries as possible – one of the chief categories of food I miss in the Mediterranean. 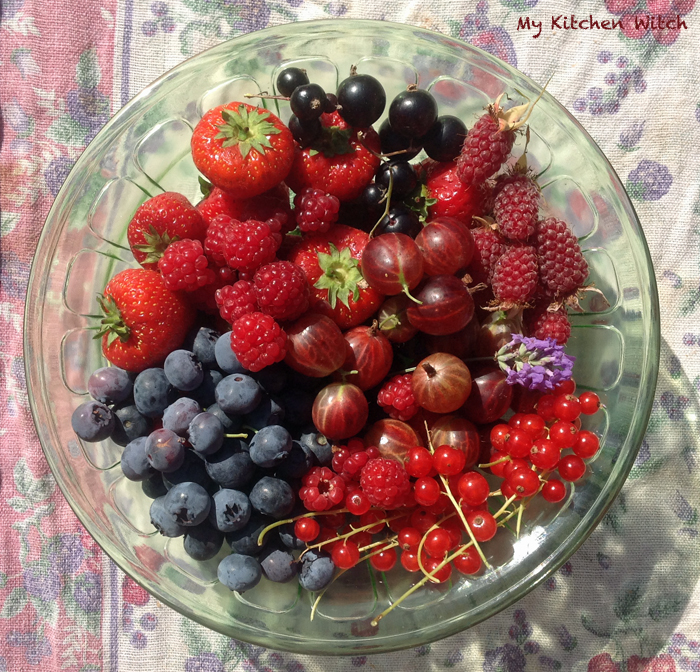 An image from 2014 as I didn’t manage to capture the berries in a photograph in 2018. I was too busy eating them.

However, the majority of our time in the UK was in London. Meals here are generally sandwiches or pre-made salads picked up at one of the many shops in the Pret A Manger chain that cluster around the UCL campus. Not very exciting, as the focus in London – for me at least – is the British Library. 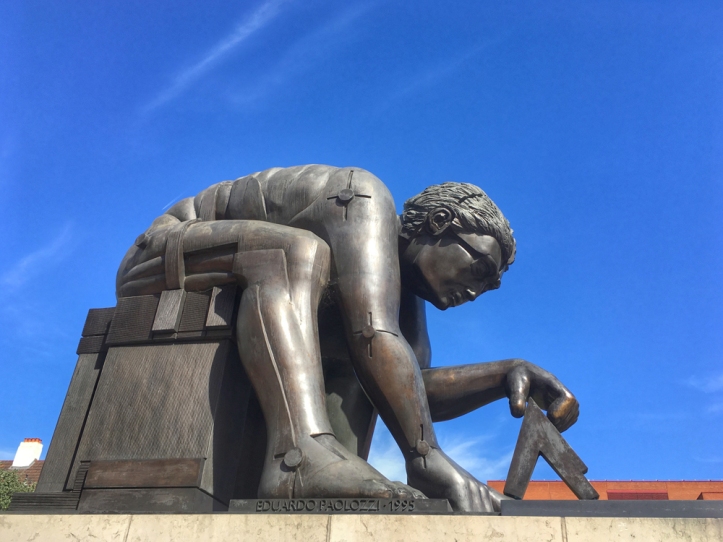 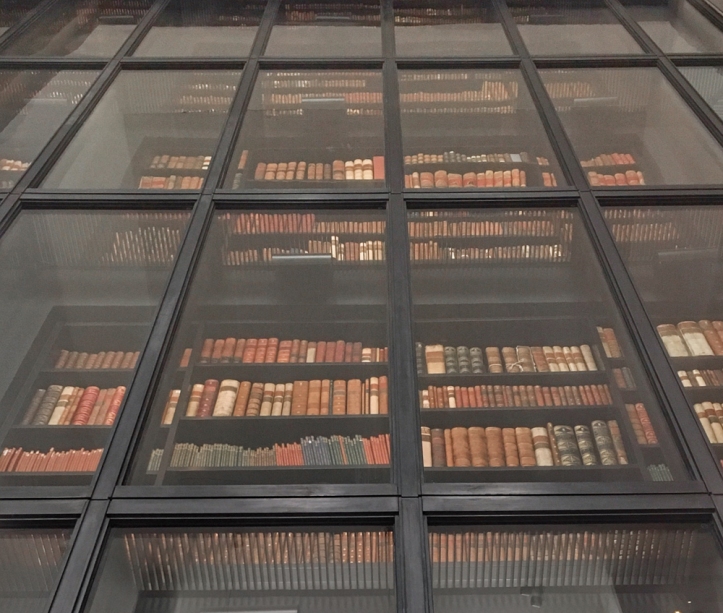 A tower of books – food for the mind

Just after returning to Athens, we tacked on a short trip to Crete for a few days. Here we had good, basic taverna food, most bred or grown by the cooks – rabbit in red sauce spiked with cinnamon, horiatiki (fresh tomato and cucumber salads), brizola (grilled pork chops with lemon and oregano), peas and artichokes with wild fennel, fried potatoes from the upland plateau of Lasithi, papoutsakia (“little shoes” – stuffed aubergines). A far cry from Pret A Manger. Of course, Cretan food goes well with Cretan wines. 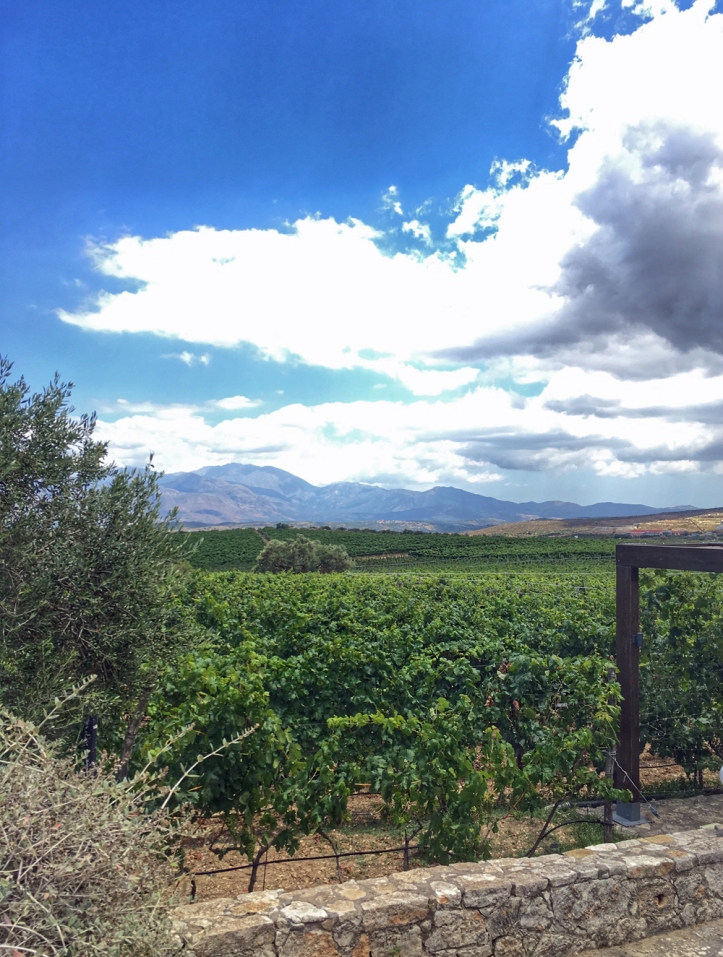 Vines forever in the Cretan landscape

Wine at the Lyrarakis Winery near the village of Alagni in the wine growing area of the Pediada went down very well. They make a number of wines from single grape varieties that are indigenous to Crete such as Melissaka, Plyto, Dafni and Vidiano. Nibbles were provided with the wine tasting, including a variety of local cheeses (including one delicately smoked sheep’s cheese) and mini Cretan dakos topped with pickled proto-grape cluster, products from early season vine pruning. 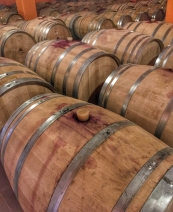 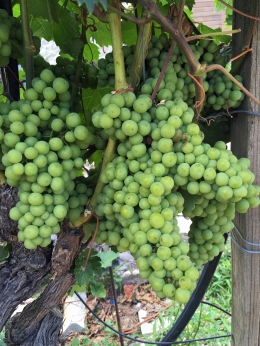 One lovely red – Symbolo – carried the Linear B ideogram for wine on its label. It’s rather fitting since the vineyard is not that far from the Minoan palace of Knossos. 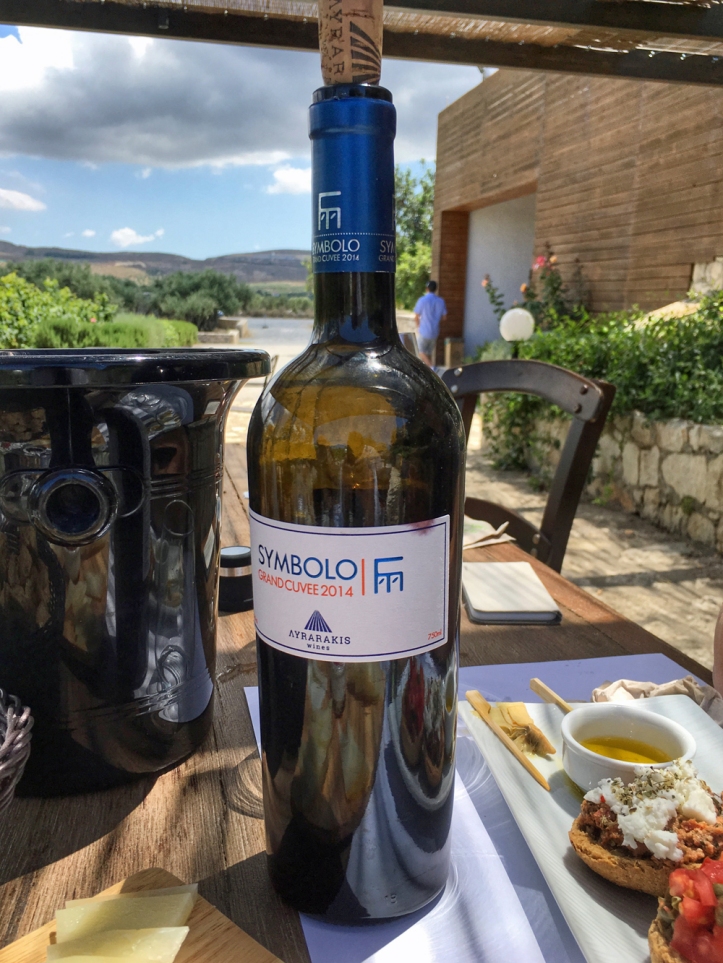 I also added a new ceramic pomegranate to my growing collection from the traditional pottery producing area of Margarites in central Crete. It is a museum replica of an ancient one from the 9th century B.C. 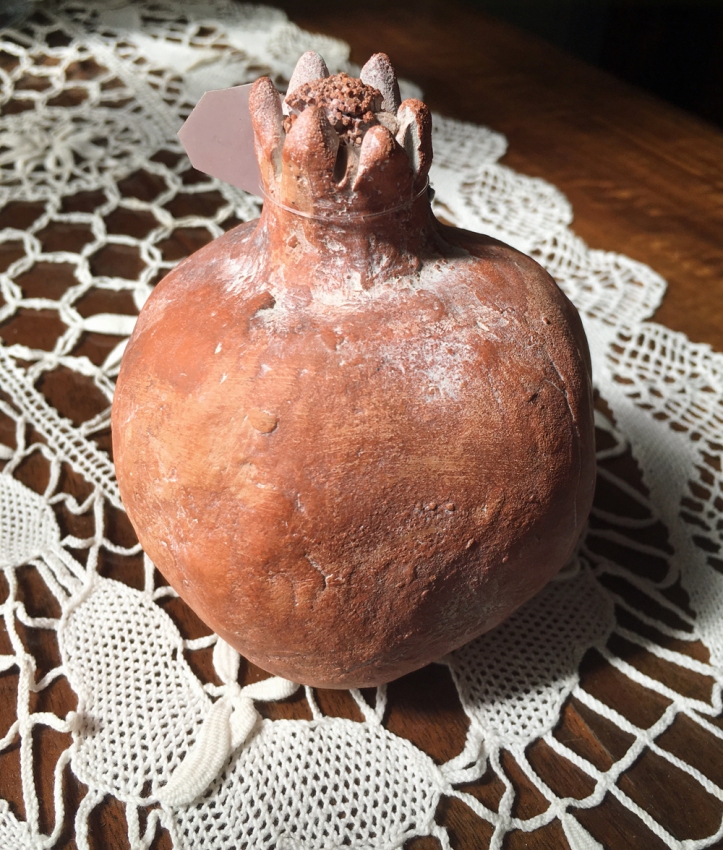 Back in Athens peaches and nectarines are in season now and chutney making is on the schedule. I’m hoping it will be much more like the mango chutney than the drier (but delicious) persimmon chutney I made in the winter. Perhaps I am still channeling those UK curries. 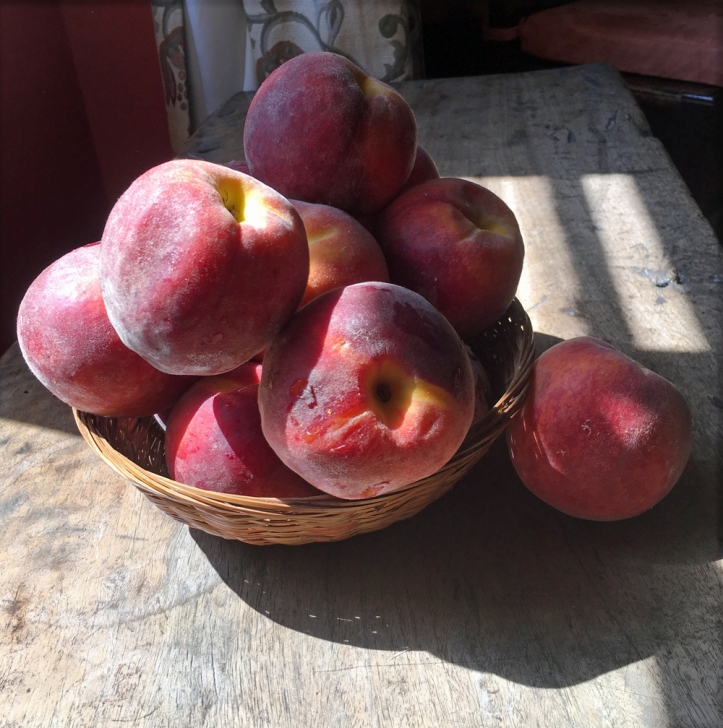 The courgettes in the garden are running rampant. This is due to the highly unusual weather we’ve been having. Thunderstorms and torrential rains are not the norm for Greece in late June. 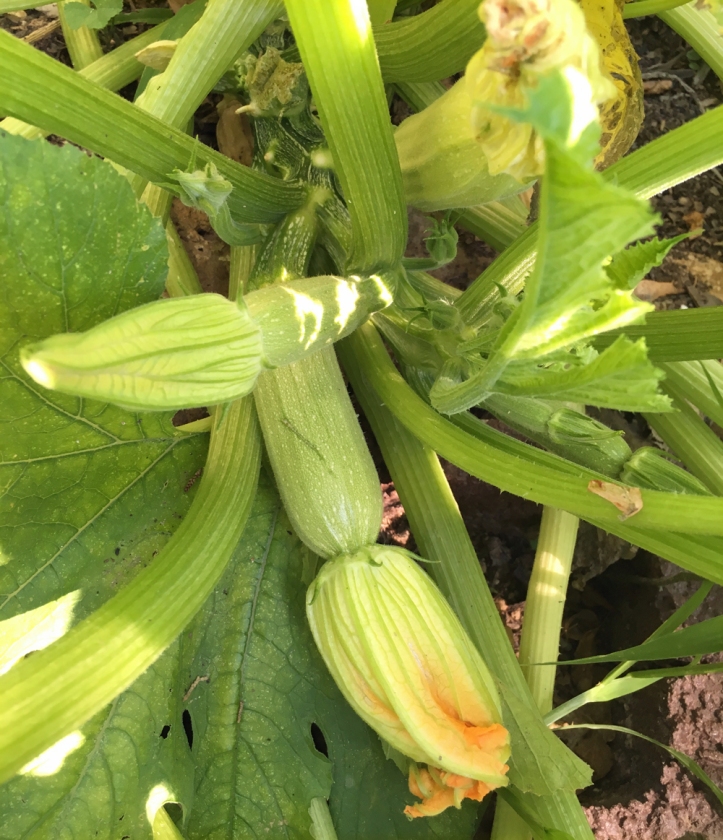 From the tiny Cycladic island of Anaphi (population about 270), we were brought gifts of food. The first is a speciality of the island – a jar of pickled κρίταμα (kritama). Its scientific name is Crithmum maritimum, better known in English as rock samphire. That jar was accompanied with hand-picked dried wild oregano. 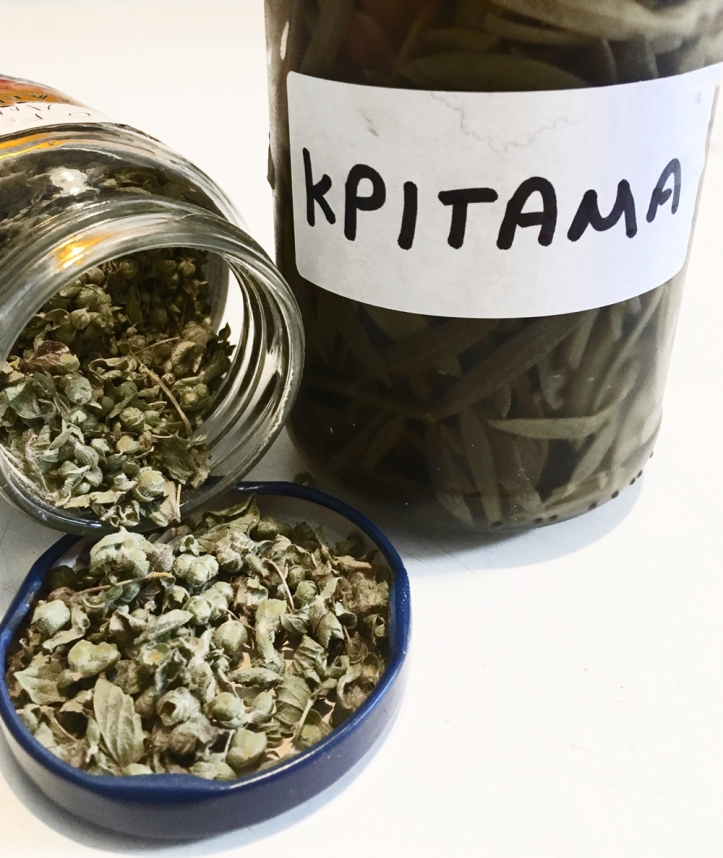 A little more travel is in store for this month, but I promise, I plan to stay still in August. Well…perhaps with one or two small trips…

A monthly IMK (In My Kitchen) post. Check out other IMK bloggers, each of us writing about what’s been happening in our kitchens each month, hosted by Sherry @ Sherry’s Pickings. Earlier IMK posts can be found on former IMK host blogs: Liz @ Bizzy Lizzys Good Things, Maureen @ The Orgasmic Chef) and the fabulous Celia @ Fig Jam and Lime Cordial who began the IMK phenomenon. A chronological listing of my In My Kitchen blog posts can be found on a separate page, just click the link or look under the heading of Diaries in the Menu bar above. 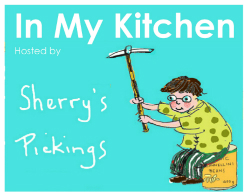