More Travelling than In My Kitchen

As you can see from the title of this post, May had been a very busy month – travelling here and there. Consequently, I haven’t been in the kitchen much (or even attending to this blog). We’ve been focused on lectures, conferences and events that seem to multiply at the end of the academic year. Some were here in Athens, but most were elsewhere – hence the travel.

We started off the month here in Athens which was named the 2018 World Capital of the Book with numerous events, gallery exhibitions, etc. One such event was a “conversation” with the British author Ian McEwan where he was interrogated on stage about creative processes and the inspiration behind his books – particularly his most recent, Nutshell. A gifted speaker, McEwan provided us with a very amusing and entertaining evening. Sorry for the rather grainy photo, but I was not in the front row!

In addition, we attended two ceremonies conferring honours on distinguished scholars at the Academy of Athens in the space of as many weeks. The Academy is a beautiful 19th century building in the heart of Athens with lovely old decor. I loved the marble sphinxes at the end of the curving banks of benches. 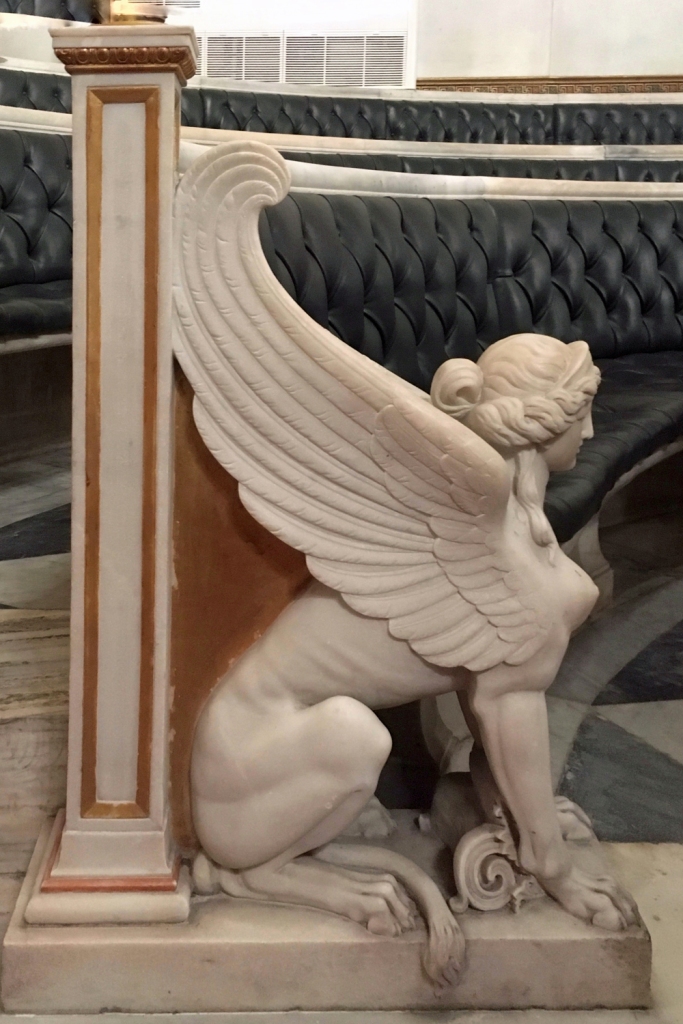 Vivid panels of frescoes surrounding the main hall are set in gilt surrounds and topped with a coffered ceiling. They tell the story of Prometheus who brought fire (i.e. symbolic enlightenment) to mortals. Prometheus’ presumption prompted the wrath of the Olympian gods who punished him by binding him to a rock and have his liver plucked out by an eagle after which it would grow back and the process continue infinitely. That fresco panel is a bit gruesome. But, on the whole, they are something to admire while listening to the speeches. 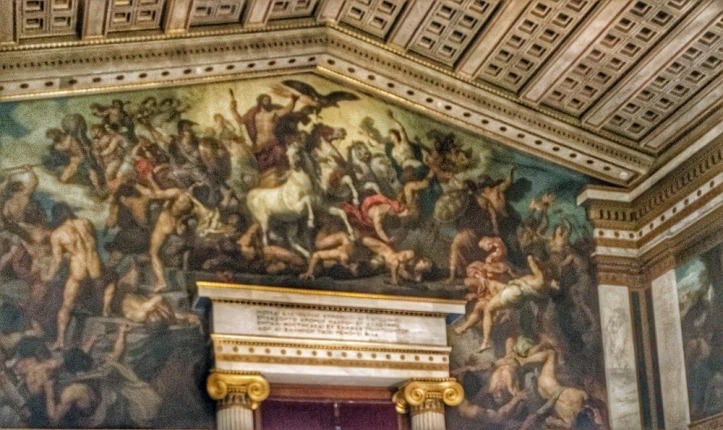 We then went successively from one end of Greece to the other – from Crete to Thessaloniki. In Crete it was a Bronze Age themed event and Thessaloniki was host to a conference on WWI – distant in time as well as space. I recently posted the Crete event – a demonstration in Minoan Cooking. Kitchen-related, at least.

The WWI conference was timed to open an exhibition at the Cultural Centre of the National Bank of Greece in Thessaloniki at Villa Kapandji. The exhibiton was on The forgotten Front and the Greek experience 1915-1919. Well worth visiting the centre for whatever exhibition is showing at the time. And, it is a beautiful 19th century building.

Back in Athens, I grabbed a moment to do a little bit of lemon sorbet experimentation. The weather is hotting up here and sorbet is the perfect antidote. So there was SOME activity in the kitchen. Cheat photography was involved in the image below – our citrus is just at that baby stage – so a computer image backdrop was used. 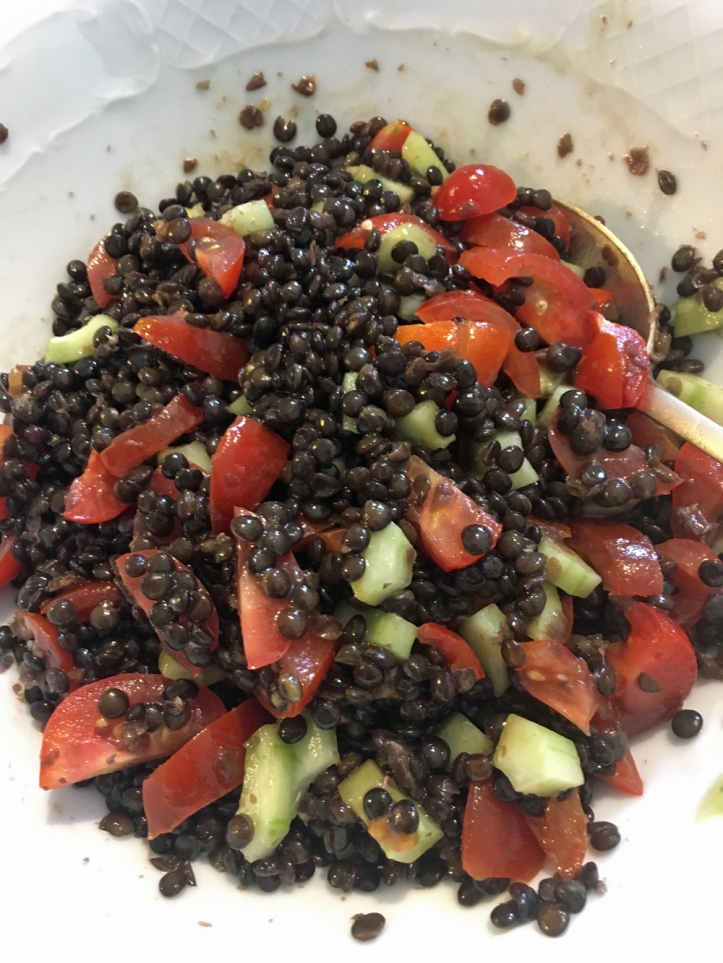 Shortly thereafter, we diverted back to the UK for more Hellenic inspired activity – first Glasgow and then London. I’ll include a tantalising Scottish photo here to whet the appetite – more to come in a future post. 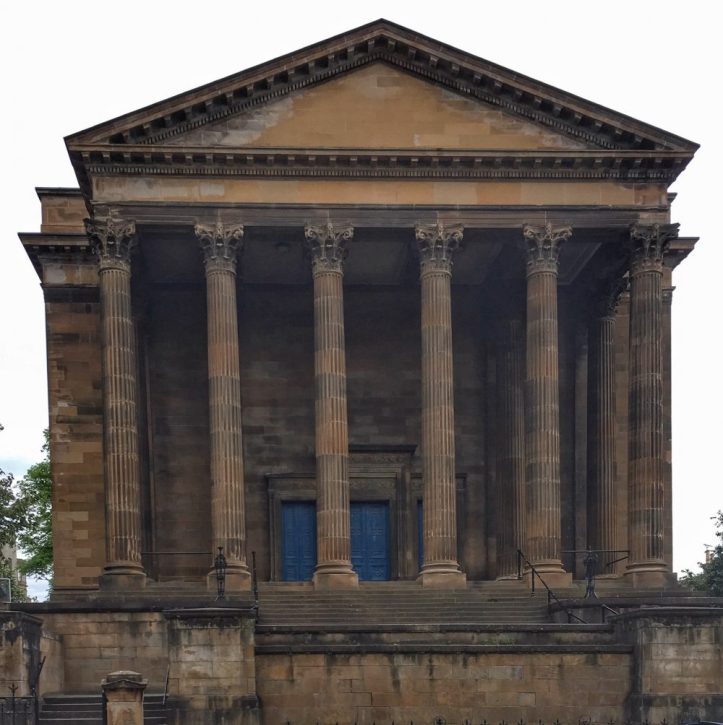 London was equally Hellenic with the Rodin exhibition in the British Museum. I am constantly amazed at how much ancient Greece inspired Rodin, even if he never visited the country. I loved his head of Athena with the Parthenon perched on top like an exotic hat.

After a short stint in Athens, we were up to Thessaloniki (again) and a quick trip into the Chalkidiki for the day. Finally, we are back in Athens once more at the end of the month. Bread making has resumed. My resilient, but long suffering starter almost needed resuscitation. I’ve been experimenting with converting conventional yeast recipes to sourdough ones. Hope to report on the results of my experiments sometime soon.

June will be busy, too, but not as frantic as May. I hope to spend more time in the kitchen, the garden and exploring the seasonal produce in our local markets. A huge sigh of relief that things are back to normal chaos.

A monthly IMK (In My Kitchen) post. Check out other IMK bloggers, each of us writing about what’s been happening in our kitchens each month, hosted by Sherry @ Sherry’s Pickings. Earlier IMK posts can be found on former IMK host blogs: Liz @ Bizzy Lizzys Good Things, Maureen @ The Orgasmic Chef) and the fabulous Celia @ Fig Jam and Lime Cordial who began the IMK phenomenon. A chronological listing of my In My Kitchen blog posts can be found on a separate page, just click the link or look under the heading of Diaries in the Menu bar above.