On an early September day a few years ago we were travelling on the road in the French Alps. We were en route to the 11.611 km (7.215 mile) tunnel that separates France’s Haute-Savoie region from the Aosta Valley of Northern Italy. A rare view appeared, through the temporary break in the cloud cover. The snow covered tip of Mount Blanc, the highest mountain in the Alps [see comments below], peeked out of the clouds. A temporary view, too, as shortly thereafter we were travelling directly under and through the peak. 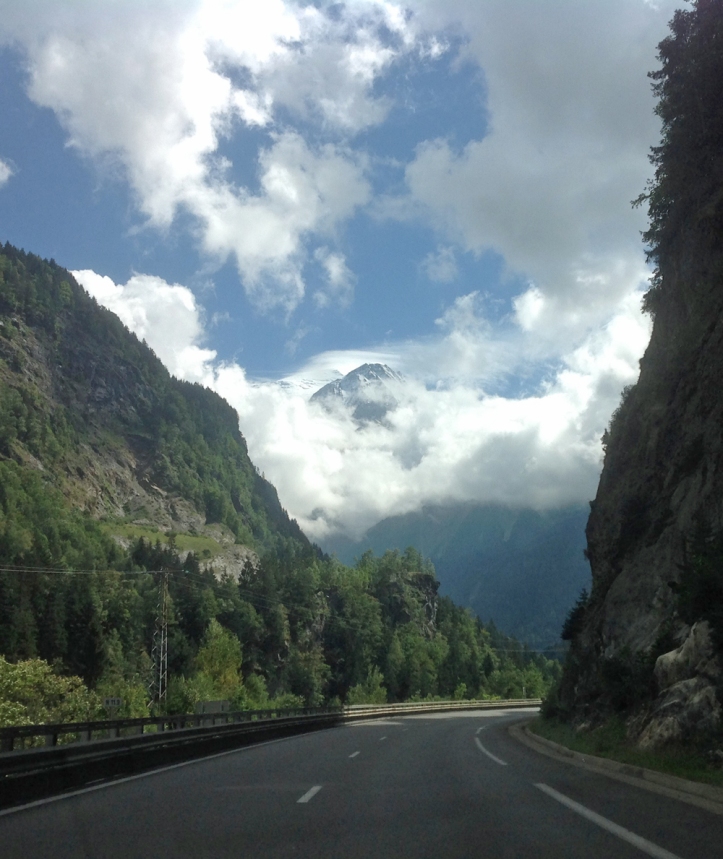