What does the holiday season have to do with gesso ? Read on and all will be explained.

When travelling this past September, we happened on an obscure and rather unique museum in the small town of Coreglia Antelminelli in Garfagnana, Tuscany. The primary purpose of the Museo della Figurina di Gesso e dell’Emigrazione (Museum of Plaster Figures and Emigration) is to explain the art and history of modelling figures in plaster from the 17th century to the present day.

In a tiny piazza on the way to the museum is a near life-size figure of Mario Pisani, a local figurinaio (figure maker), whose plaster creations brought fame to the town. Notice he is clutching some of his own works. I was not surprised that when we found the museum on a narrow side street, we had the entire place to ourselves.

In addition to the gesso (plaster) statuary and architectural mouldings illustrating the art, there was one room specifically dedicated to the emigration of Italian gesso artists from the Serchio valley literally across the entire globe. It came as a bit of a surprise to me that one small gesso workshop was established in the 19th century not far from where I grew up in the US. However, an exhibition in the museum is the elaborate crèche (nativity scene), an important and still profitable product of the gesso market. The crèche is very large and very impressive. We spent quite a bit of time inspecting the individual vignettes: a fishmonger, a baker, cats on the roof tops, a laundress, street musicians, a shepherd with his bagpipes (and lambs, of course), a market vendor, a water bearer coming away from the community well, a swineherd, winemakers, a knife grinder, an egg seller and a goose girl…and probably a few other characters as well. 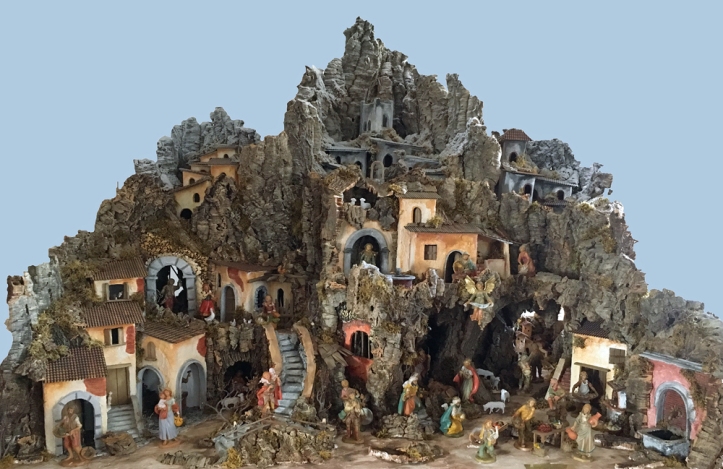 Tucked away in the niche at the base of this plaster rendition of a Tuscan hill town with all its community activities is the actual nativity scene. 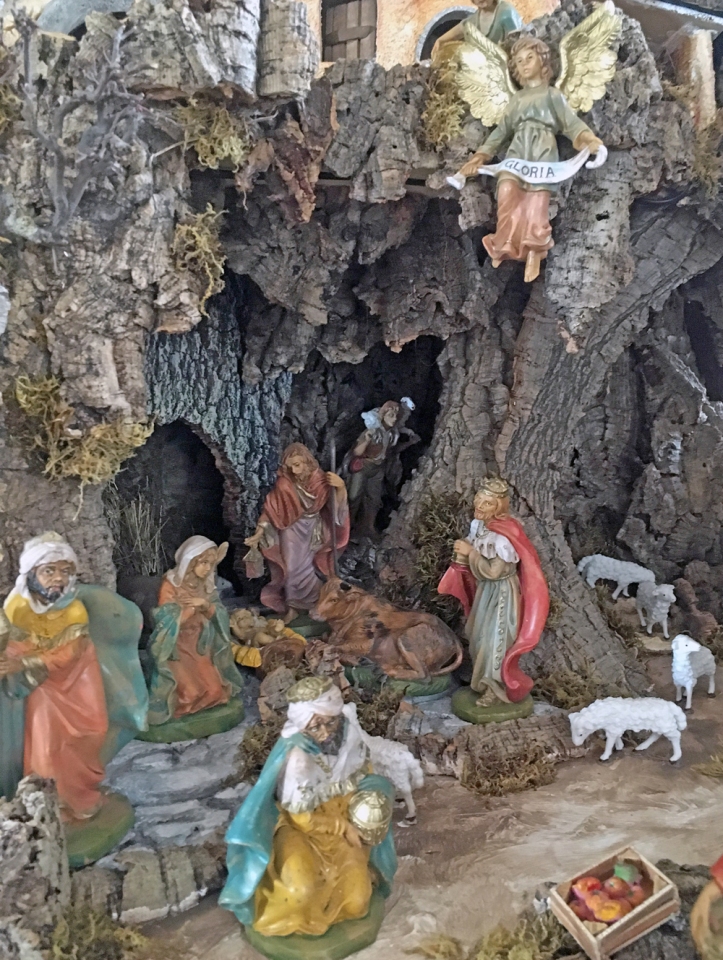 Wishing everyone a happy holiday season! I will be back in the New Year.