Nostalgia as a bittersweet longing for happier times or places is a relatively modern concept. It had a slightly different meaning when it was invented as a medical term in 17th century Switzerland. It defined an acute and often agonizing homesickness experienced by Swiss mercenaries employed by foreign monarchs. According to one of my dictionaries, it is an amalgamation of two Greek words: nostos meaning homecomming and algos meaning distress, grief or pain.

For the millions of Greeks living abroad, there is a feeling of nostalgia – a bittersweet longing – for their Hellenic homeland. Many make the pilgrimage back during the summer months, whether they are first, second or third generation émigrés. This Greek Diaspora is not a modern phenomenon (although there was significant emigration in the first half of the 20th century) but something that can be demonstrated since antiquity.

On 3 October 2016, The National Museum in Athens opened a new exhibition, Odysseys, celebrating – to the day – the 150 years since its foundation, only a few decades after the establishment of the modern nation state of Greece. An aspect of this special exhibition focuses on nostos, homecomming. The story begins with the Homeric hero, Odysseus, whose epic journey home to Ithaka lasted 10 years. The overwhelming imagery in the exhibition revolves around ships – a nostalgic symbol of homecoming.

One of the exhibition logos painted on the deep blue walls of The National Museum’s gallery space is of a sketch of a Bronze Age Aegean ship. Continually shifting wisps of light evoke the moving sea. 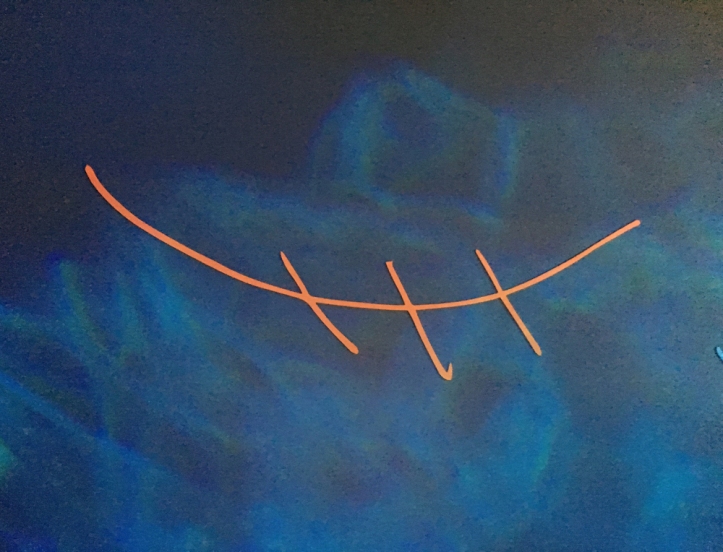 Of course, many travellers today see slightly different ships – like these small ships on the Cycladic coastline… 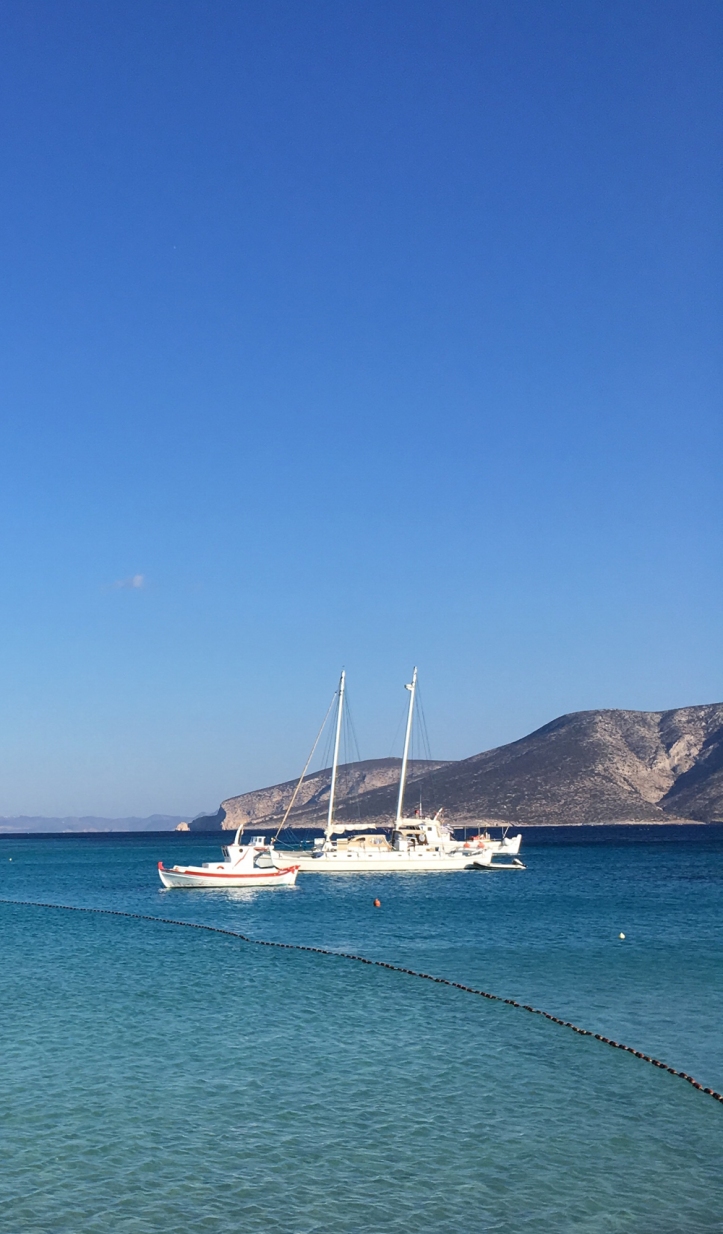 …or the scene of disembarkment from one of ferries that now ply the Aegean sea. Here we are about to land on Naxos – an island stepping stone on our route home.