In the Middle Ages, the Franks colonised much of the Greek Morea – the Peloponnese as we know it today. The Franks were ‘Latin’ knights from the West – mainly France and Italy – who are also known as Crusaders. The height of their power was in the middle of the 13th century, at a time after the fourth crusade (AD 1204). They left behind the ruins of castles and towns that can still be seen in the Greek landscape. Now those landscapes can be seen through the frame of Frankish windows.

One ruin is the castle at Androusa in the Peloponnesian region of Messinia. It was built by William II of Villehardouin, ruler of most of the Morea, whose powerful influence even extended beyond his boundaries. His rule came to an abrupt end when he was defeated by Byzantine forces in AD 1259.

The Messenian landscape is framed by the window of the Frankish castle at Androusa. 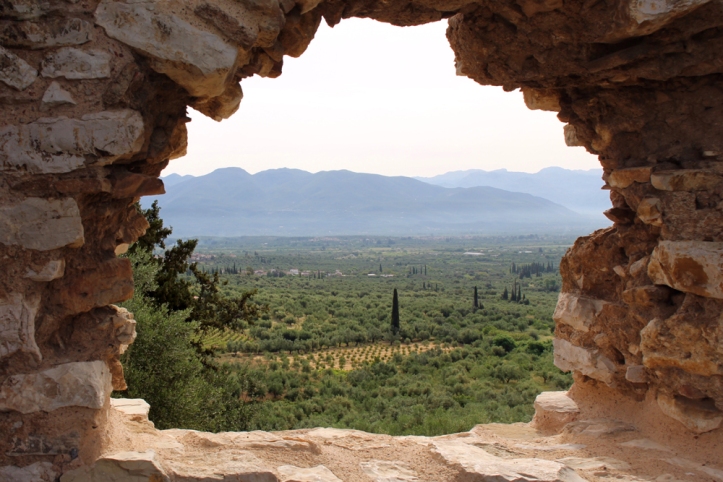 Sheep graze in the foreground with the Messenian landscape in the background as seen through another Androusa window. 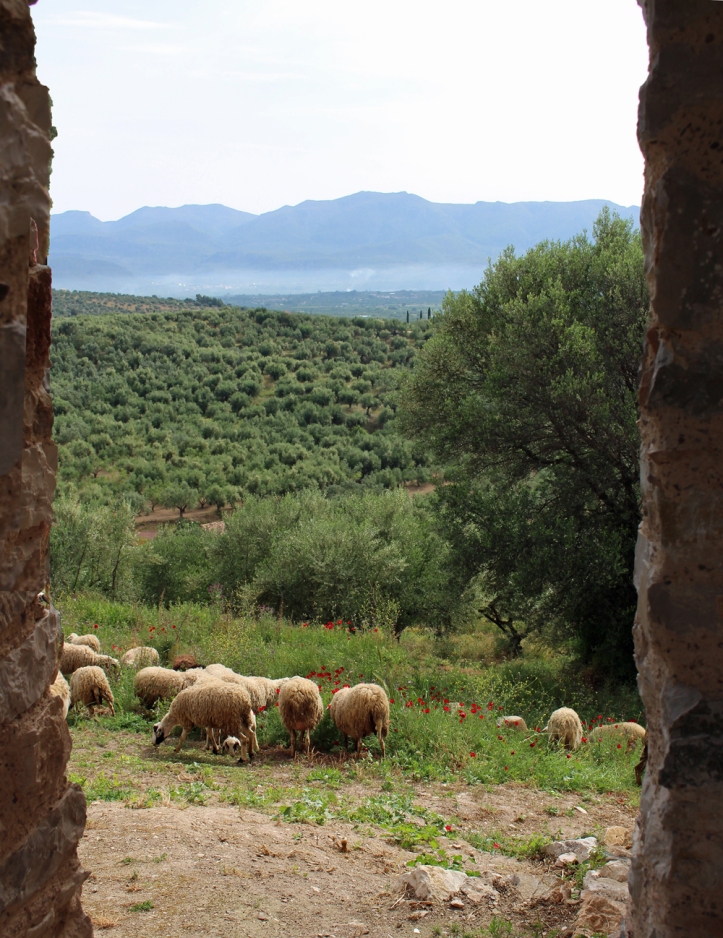