With the relentless summer sun and heat here in Greece, my little patch of herbs and vegetables vacillates between exponential growth and droopy wilting. Of course, this depends on whether I am around to supplement the drip-drip-drip of the automatic watering system. No wonder my mind wanders from this frustrating state of affairs to a lusher 18th-century garden theme that does not require a good soaking.

An recent exibition here in Athens at the Gennadius Library centred around late 18th-century botanical expeditions to Greece conducted by John Sibthorp, an Oxford University botanist. Many years after Sibthorp’s death, his multi-volume work Flora Graeca was published with the most superb hand coloured plates drawn by Ferdinand Bauer. I’ve been lucky to have seen some of the originals in the Sobthorp archive at Oxford University. They are truly beautiful. 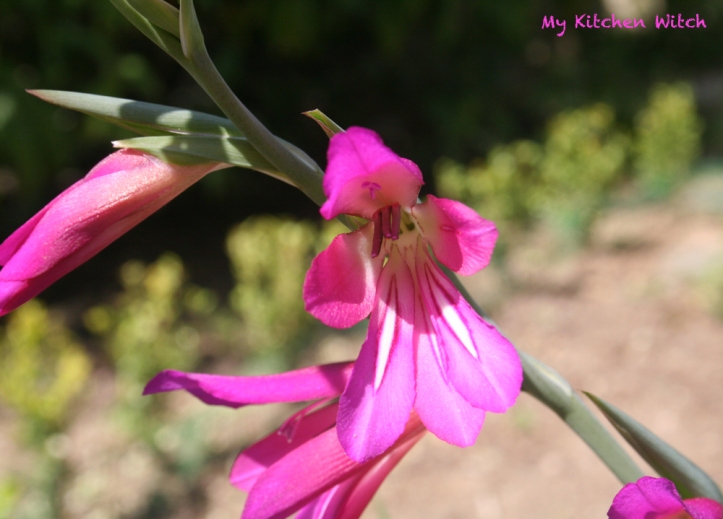 Byzantine Gladioli – growing wild in my early spring herb garden. These appear in the frontispiece above.

The library exhibition showcasing many of Bauer’ drawings, has just ended. However, it began in the spring when the garden was lush and full of wildflowers like the ‘Byzantine’ gladioli pictured above. It was lovely to see so many early botanical books in one place dealing with Mediterranean flora and the development of Greek botanical gardens in the 19th century. And, of course, there was a series of interesting lectures on the subject during the months of the exhibition. 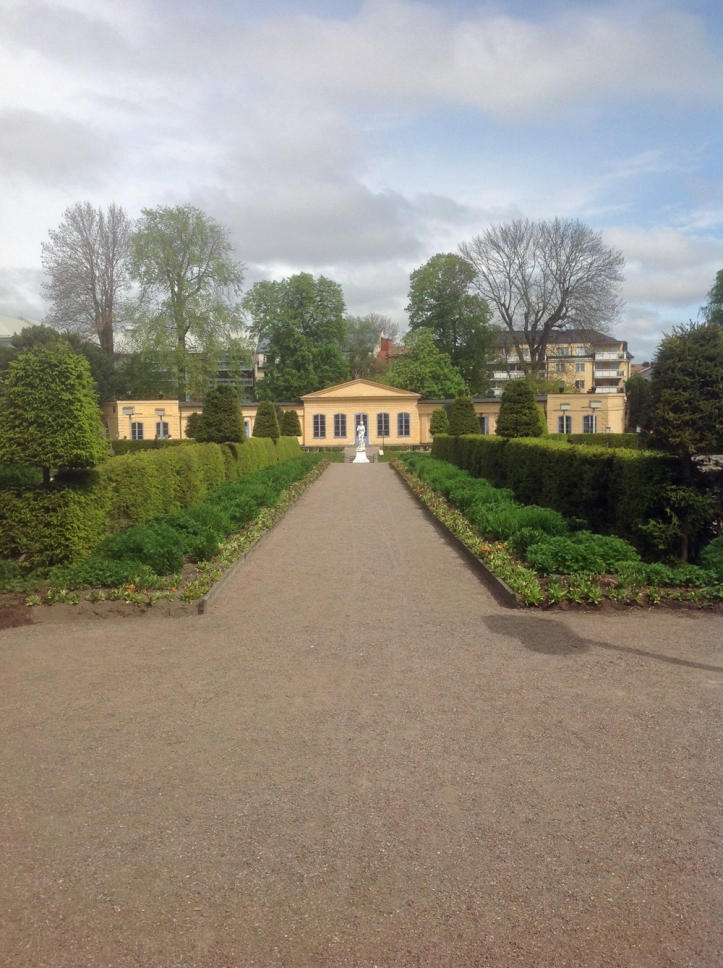 Keeping to that 18th-century garden theme, late in May we visited the Swedish university town of Uppsala. One of the many highlights of the trip was a visit to the botanical garden of Carl Linnaeus (seen in the photo above). Linnaeus, an 18th century botanist, pre-dated Sibthorp by a few decades. It was, however, Linnaeus’ work that had an impact on subsequent botanical explorations – including those of Sibthorp. 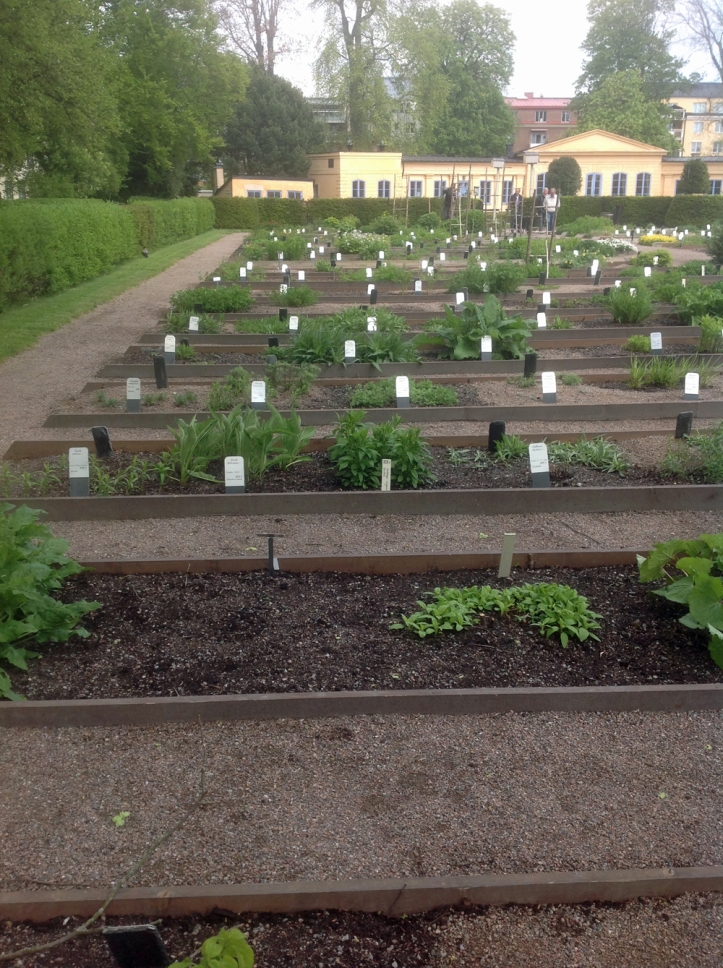 Linnaeus is particularly known for the consistent and systematic use of binomial (two-part Latin) names used in taxonomical classification of the natural world. His system was laid out in his 1735 publication, Systema Naturae. This naming system since became an international standard for all living things. Notice all the plant tags above in the neatly ordered flower beds – complete with Latin names. The plant below in his garden is a Euphorbia amygdaloides. 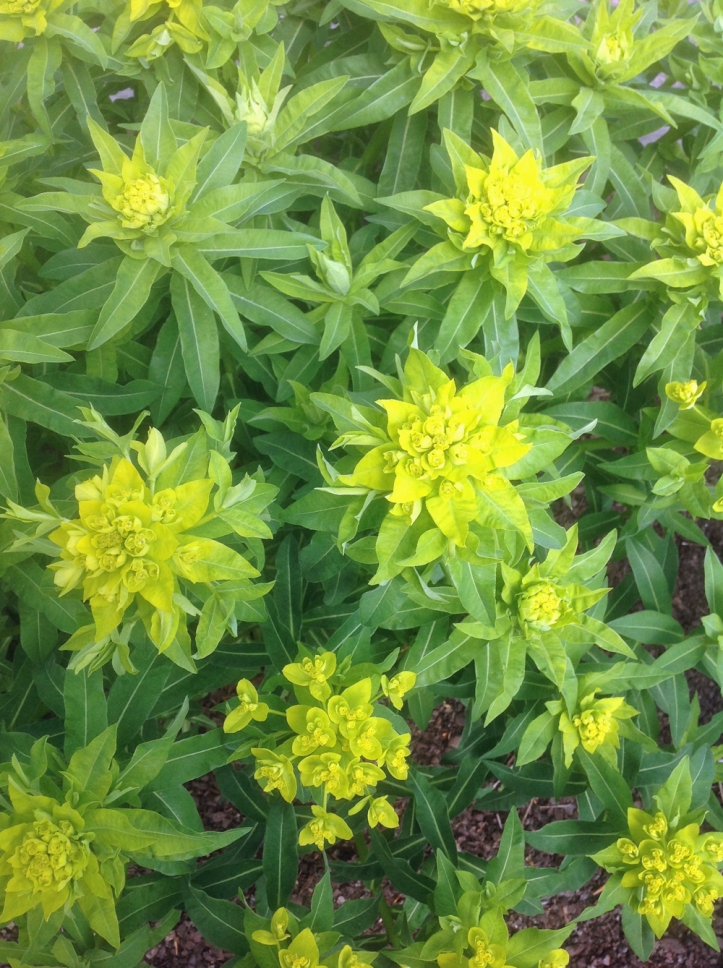 This taxonomic system was used in Flora Graeca. But, it was another English botanist, John Edward Smith, who edited Sibthorp’ journals and published the volumes posthumously, that provides another link. It was Smith who had purchased Linnaeus’ entire library after the Swedish botanist’s death and shortly thereafter, in 1788, founded the Linnaean Society of London. It is now the oldest active biological society in the world with other ‘younger’ Linnaean Societies in New York City, New South Wales and in Sweden. The Linnaeus library remains one of the gems in the London collection.

Bronze statue of a youthful Linnaeus. It sits in front of his house (now a museum)  in the botanical garden in Uppsala maintained by the Swedish Linnaean Society.

I am lucky to have these lovely memories of 18th-century flora to fall back on when battling the hot summer sun, attempting to keep my little plot of land green and flourishing. With any luck, we might get one of those freak summer storms with lots of rainfall.