A little while ago, a crate of lemons just appeared in the kitchen. Leave the room for a moment and things happen. A lot of lemons! 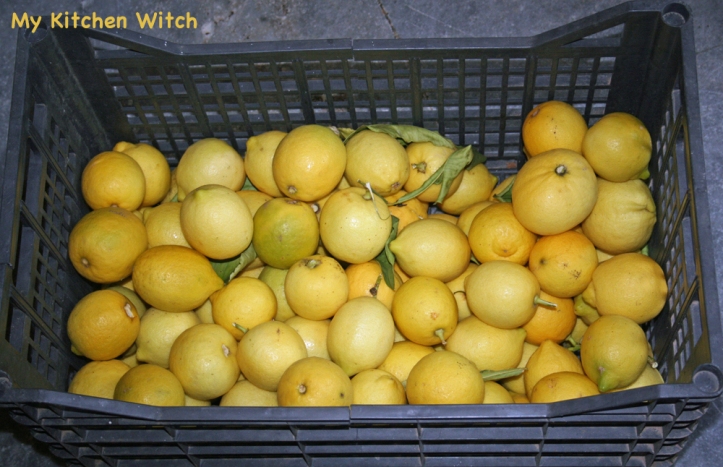 Their appearance might have had something to do with recent and radical pruning of the back garden, clearing an area of overgrown foliage and dead wood. The area had not been touched in nearly a quarter of a century and one rather rampant jasmine vine was left to grow into the citrus trees to the point where a number of those trees were on the point of strangulation. A prolific lemon tree, on the edge, was far enough away to be fairly safe, but not completely immune from those clingling tendrils. I expect this was the source of the lemons in the crate.  That, plus the high winds that we have been experiencing lately, shaking the fruit from the trees.

There are only so many lemons you can use fresh, so ways of preserving them needed to be found. First was a jar of preserved lemons made from a recipe in Aglaia Kremezi’s book, The Mediterranean Pantry, for use in couscous and other Moroccan style dishes.

Then, many lemons were zested and little packets were frozen for future use in cakes, etc. 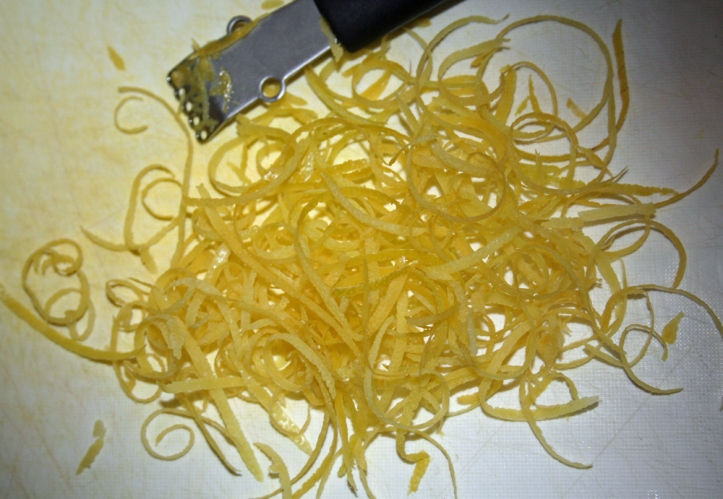 The juice was packed in both little “tupper” as these plastic containers are called here and in larger 1 litre ones. The smaller ones for use in general cooking, the large one for big batches of lemonade or lemon barley water next summer.

Last, but not least, lemoncello. 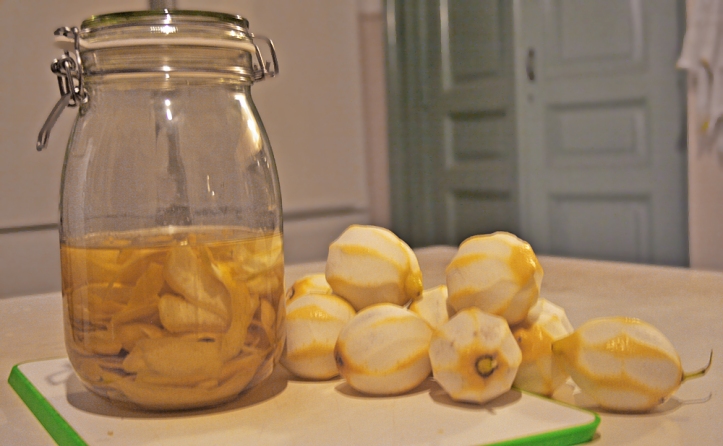 And, many more lemons to come. Lemon marmalade next plus more juice, lemon scented olive oil and perhaps a lemon cake or two… Any other suggestions welcome.