It happens sometimes that you expect one thing and you find that you get something quite different. This happened recently when I decided to harvest what I thought was a grapefruit growing on a tree near our vegetable garden. I was told that it was too sour to eat, but I expected that this was simply a taste difference in a culture that prizes its ultra-sweet sweets. I was also told its Greek name – φράπα (frapa) which I blithely assumed was the word for grapefruit. How wrong I was! 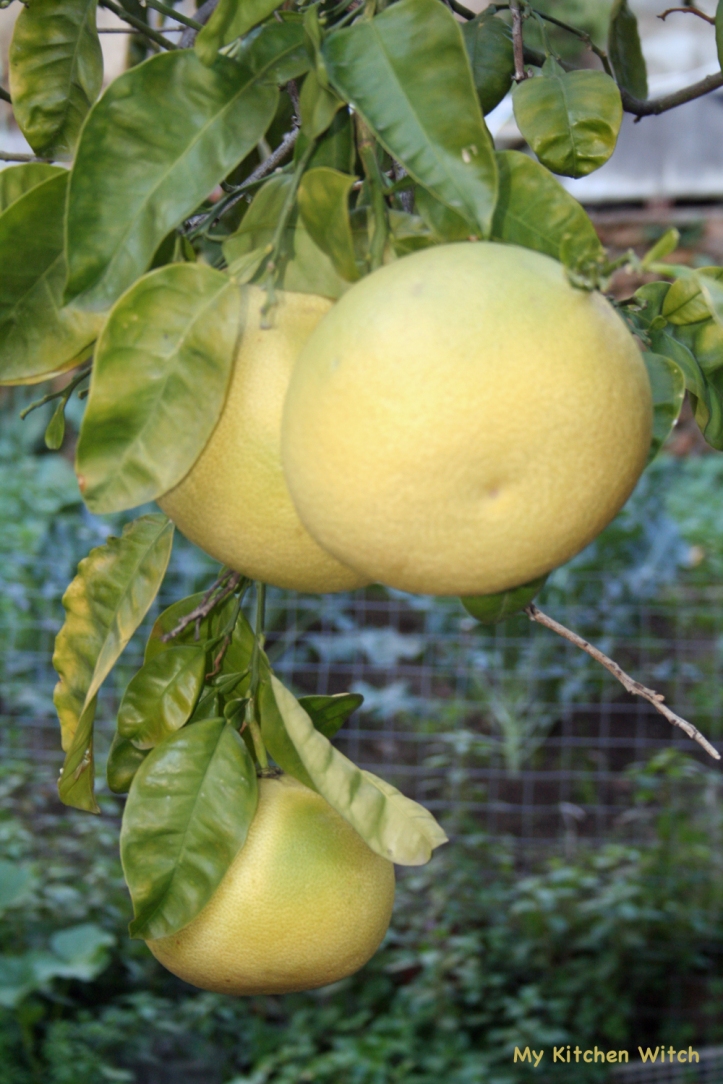 First, it looked a bit different from normal grapefruit – being a bit bigger. Second, when I cut into it, I noticed that it possessed a wide white pith surrounding the juicy inner core. Third, after tasting, it proved to be different than a grapefruit, sour like a lemon and definitely too sour for local taste buds. After looking it up, I found that the Greek for grapefruit is actually γκρέιπφρουτ, a hellenised English word, so not likely to be a fruit commonly eaten in the past, but introduced more recently. This got me wondering what exactly was a φράπα? It turns out to be a pomelo (Citrus maxima), a non-hybrid citrus fruit that resembles a grapefruit. In fact (or at least according to Wikipedia) a true grapefruit is thought to be a hybrid of a pomelo and an orange. 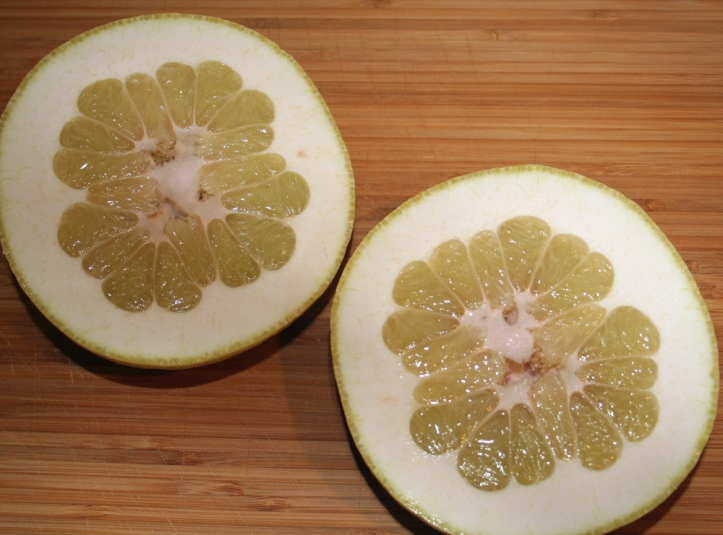 Looking through my photos, I found that I had captured the tree in flower earlier in the year. It has a giant white blossom with a sweet fragrance – again, just like a grapefruit.

So…we are enjoying fresh pomelo (mixed with a little orange) juice for breakfast and I am dreaming up other uses for this lovely fruit. Certainly a citrus curd as a flavour base for ice creams and perhaps a γλυκό (spoon sweet) using the rind, which is the traditional Greek use for this fruit. Perhaps in marmalade or even a granita with Campari like the popular grapefruit-Campari cocktail. It is lovely when you happen on a new ingredient, particularly when you can just nip to the veg garden and pick your own.