A Handful of Sour Cherries

My sour cherry tree is a Morello variety grown as an espalier. Espaliers are designed to grow flat against a wall in a symmetrical geometric shape – at least that is the theory. At best, my Morello tree resembles a fan-shape, crowded between the damson plum and the quince, ruthlessly pruned to keep it in some semblance of order. This is an ancient technique of growing fruit trees and is well suited to small gardens. However, the down side is its reduced productivity – smaller crops than normal trees. Added to that is the tendency for fruit trees to have bumper years followed by lean years.

Predictably, since last year was a bumper crop for my Morellos, this year’s harvest consisted of a handful of sour cherries. Even then, I had to be quick to collect them as soon as they turned bright red to outwit the cherry thieving magpies. I know when they’ve been at the tree. They leave the evidence – the skeletal pits attached to the stem, juicy flesh pecked away, still hanging on the tree. 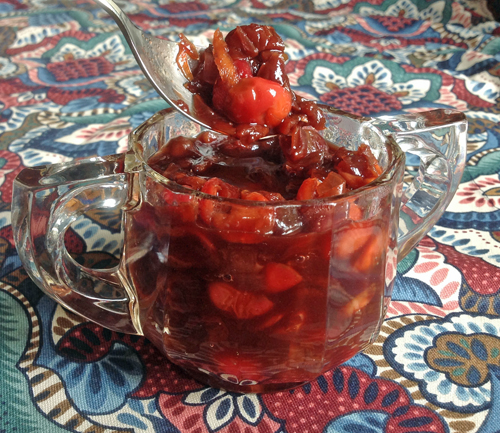 Double Cherry Chutney
The flavours of this chutney were influenced by traditional Cumberland sauce. And, as with Cumberland sauce, it is delicious with game – particularly duck and venison. It can be refrigerated up to a few weeks, or can be preserved in a vacuum sealed canning jar as you would other jams and pickles.

Roughly chop the dried cherries and put them in a small bowl. Heat the port until just before boiling point and pour over the dried fruit. Let it soak and absorb the liquid it cools. 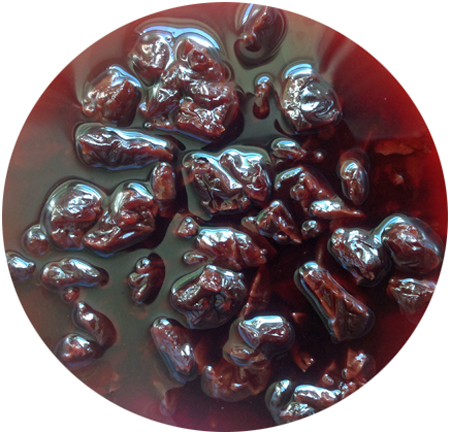 Meanwhile, clean and pit the cherries. Cut in half. Set these aside, retaining as much of the juice as possible. 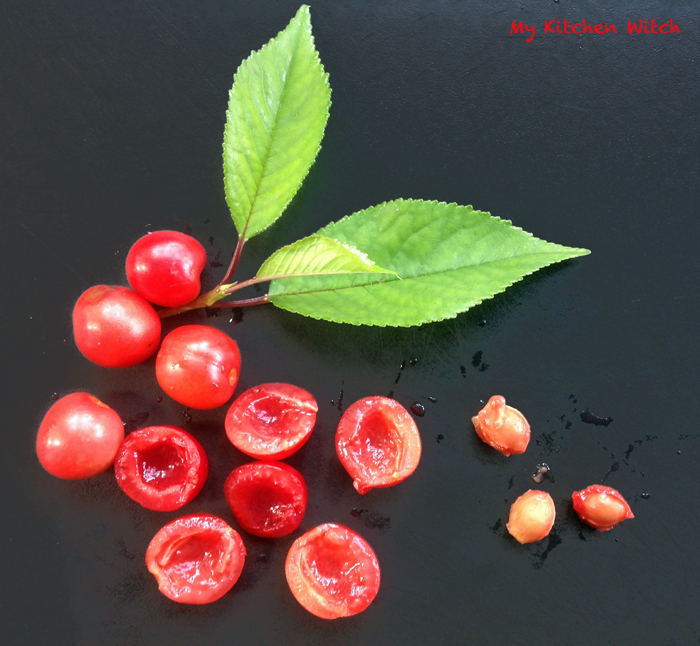 Place these in a non-reactive saucepan along with the sugar, vinegar, mustard and the soaked dried cherries with any port not absorbed. Add half the pitted cherries, reserving the rest for later. Bring to a boil, lower the heat and let it simmer for 20 minutes. Add the remaining pitted cherries and their juices. Simmer for 15 to 20 minutes until these cherries are cooked and the sauce has thickened slightly. It will thicken more when cooled. 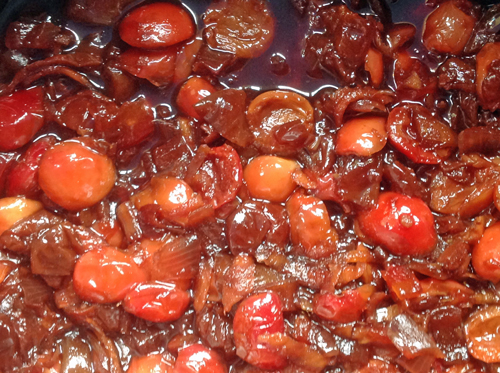 Preserve by canning in the usual way or put into a container and refrigerate up to 2 weeks. I canned mine in two half pint jars. As with most chutneys, the flavour will mellow and improve by resting – just in time for game season in the autumn. 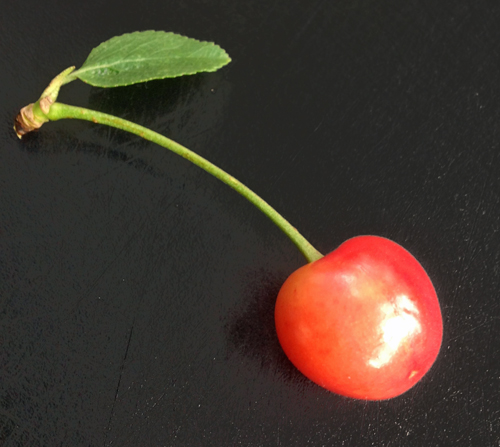