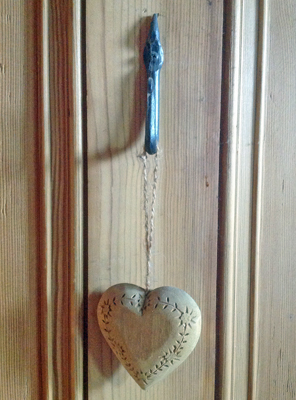 I’m sure most of you know the axiom “the kitchen is the heart of the home”. I certainly think so – both as a cook and an archaeologist. Archaeologists are obsessed with hearths, storage pits, sherds of cooking pots, middens (rubbish heaps) – anything, really, that would tell us about how people lived in the past, often centered around food preparation areas.

We’ve been having some work done to the kitchen of our late Victorian house here in Northern England. So, when they started demolishing my kitchen floor, it was inevitable that I watched and documented what was uncovered. It was an interesting insight on the original construction and various “improvements” carried out since the time the house was built sometime shortly after 1892. 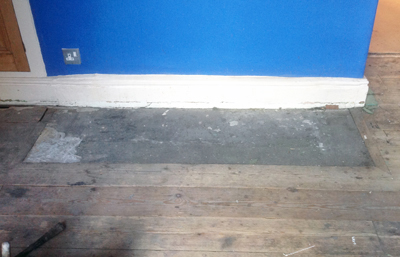 First layer (strata in archaeology lingo) to be stripped away was the 1990s laminate flooring, dated by a layer of newspapers used as padding. Its removal revealed a scarred and patched pine wood floor. On the floor was a hearthstone in front of a wall that obviously once held a fireplace that was now bricked in. The hearthstone had been drilled with holes (now plugged with wooden pegs) that indicated there must have once been a metal fire guard. 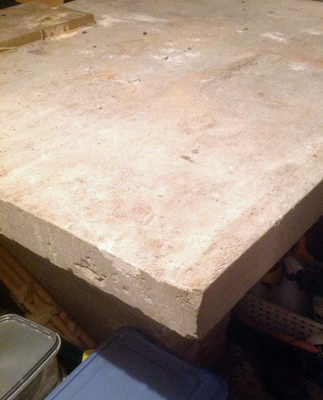 Keeping Slab – a good photograph is impossible to achieve!

The hearthstone is a single slab of thick limestone like the “keeping slab” we have in the basement – both dating to the original construction of the house. A keeping slab is a stone table that kept meats, cheeses and other products cool in the days before refrigeration. Many houses like ours in the area still have them. Ours is now a work bench, a paint and tool storage area. 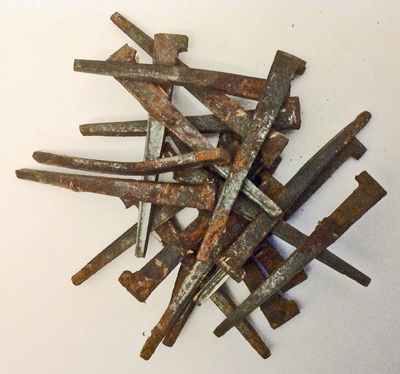 Next to come up was the pine flooring boards nailed down using old iron nails. We knew that the basement did not extend under the kitchen, but there was a space for ventilation below the floor – common in solid stone houses of the era. 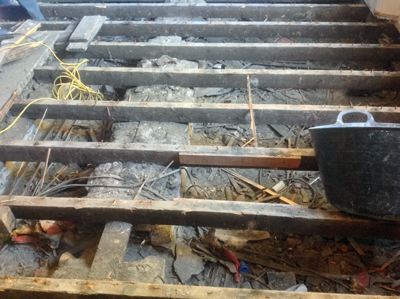 Below the joists on the earthen floor was a central support wall, different generations of pipes and wires – evidence of decades of building work and alterations. But, it was filled predominantly with building rubble – stone from constructing the walls, bricks (many with stamps of local manufacturers), pieces of old window moulding. A segment of cast iron drain pipe probably came from the old scullery attached to the kitchen. Black glassy globs of bitumen were evidence of a 19th-century form of damp coursing (to prevent rising damp). Fragments of plaster and lath strips were probably debris from construction of a ceiling or wall. 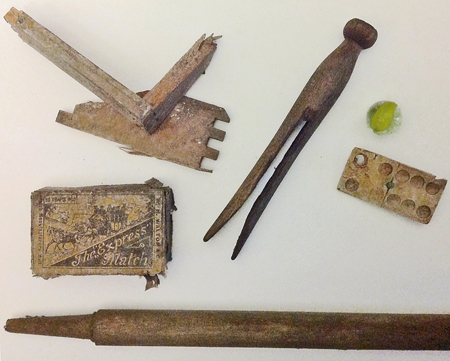 No cooking pots or utensils were unearthed – or gold hoards for that matter. But, in amongst that detritus were a few household items – a wooden cloths peg, an old (almost disintegrated) match box, a wicket (from the game of cricket, probably belonging to a child), and pieces of a hand-cut dovetailed wooden object (a small box?). The wicket reminded me of some of the old toys that have turned up in the garden – a fragment of a bone and wood domino, and lots of glass marbles.

We’ve now reburied those small, rather mundane objects from the past and added our own time capsule under the “new” reclaimed oak floor boards. They will always be reminders that the kitchen was, throughout its history, a place where every day activities are carried out – indeed, the heart of the home.